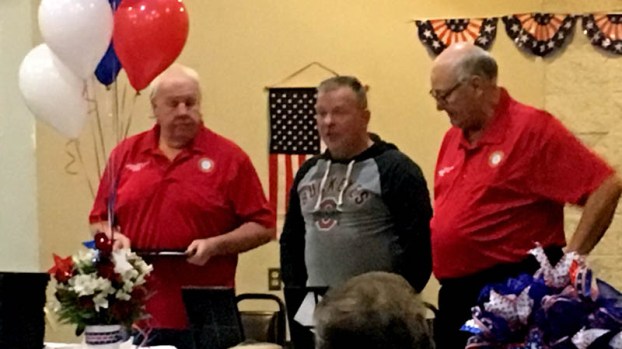 The Ironton Moose Lodge 701 hosted a Most Valued Veterans dinner on Thursday in commemoration of the upcoming Veterans Day weekend.

Invitations were sent to Moose members who are veterans, as well as their honored guests.
“This is our inaugural event,” Vern Craft, governor of the lodge, said.

In all, 31 veterans were present and they were presented by the lodge with plaques of appreciation for their service from.

In addition two veterans, Sonny Avery and Bill Sheridan, were chosen as Valued Vets of the Year and given an additional honor.

Craft said the special distinction was chosen based on service and contributions to the lodge.

The Loyal Order of Moose is a fraternal and service organization with nearly 1 million men in roughly 2,400 lodges across the U.S. and Canada.