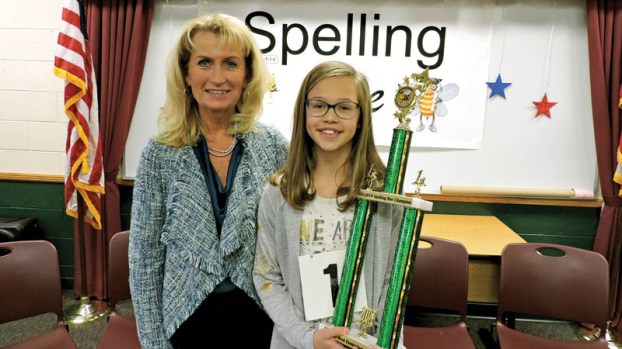 ROME TOWNSHIP — The Lawrence County Spelling Bee is coming up on Dec. 5 and another school has announced the winner of their bee.

Fifth grader Molly Dunlap won Fairland West Elementary’s school bee on Tuesday and will go on to compete in the county bee, which takes place at 9 a.m. in the Ironton Municipal Court chambers.

Dunlap is the daughter of Brian and Maryanne Dunlap, of Proctorville. Fairland’s bee was open to students in the fourth and fifth grades and winners from the school’s classrooms competed.

Coming in second place was Emily Ferguson, who won both the Fairland and the county bee last year.

In third place was a tie between a tie Lorna Hill and Weston Goff.

Dunlap correctly spelled the word “dissertation” to be declared the champion.

In addition to the county bee, she qualifies to compete in the semifinals of the 2019 Ohio University Scripps College of Communication Regional Spelling Bee.

Semifinalists will compete through an online test between Jan. 22-31 to qualify for the regional bee, which takes place at Ohio University in Athens on March 23.

Extreme Air, of Ashland, currently taking submissions until Dec. 10 ASHLAND — With the start of winter approaching, an Ashland... read more