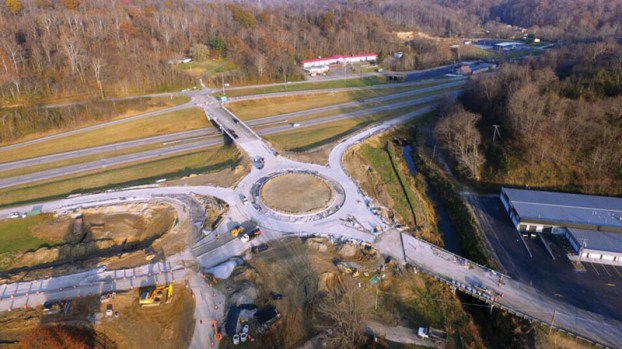 This photo, taken by aerial drone, shows the current state of the construction of the new Solida Road roundabout in South Point. The deadline for the project is still scheduled for Dec. 31.

SOUTH POINT — Construction has been under way since the first week of August and things are really beginning to take shape at the roundabout at the Solida Road interchange off U.S. 52.

“That’s the timeline we have at the moment,” he said.

Leighty said the project came about when the Lawrence County Transportation Improvement District proposed three projects, one of which was the interchange, in 2014.

The Solida Road interchange has been closed during construction and traffic has been detoured along County Road 1.