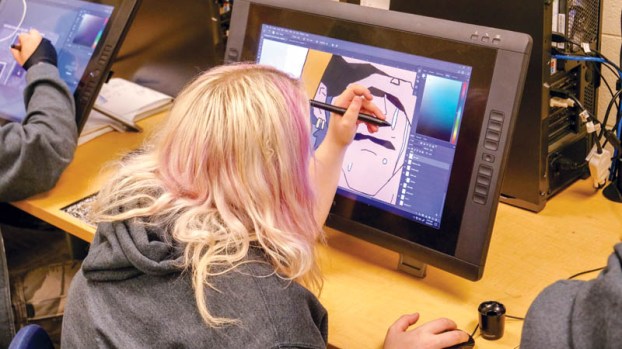 Students in the graphic design program at Collins Career Technical Center have been designing T-shirts and other clothing items as part of their class efforts. (BELOW) Some of the T-Shirts available for sale on the Collins Creative Minds store.

Students get into T-shirt business

GETAWAY — Students in the graphic design program at Collins Career Technical Center have been developing a company from the ground up.

According to James Woda, technical academy supervisor for the vocational school, students have been designing creative and custom T-shirts and selling them, along with socks, sweatshirts and other items on the website Teespring.com.

“The proceeds go back to the class,” Woda said.

He said the effort is not a fundraiser, but that money will go into future creative efforts.

“The seeds of this started at the end of the last school year,” Woda said.

More information can be found on the group’s Facebook page, Collins Creative Minds and Woda said a website is being developed to accompany it. The Collins store can be found at bit.ly/collinstshirts and the group also has an Instagram page.

166 students to get degrees, Amanda Barren to speak Ohio University Southern will recognize 166 students in the Fall Graduate... read more