In a trade of Tanners, Reds get Roark for Rainey 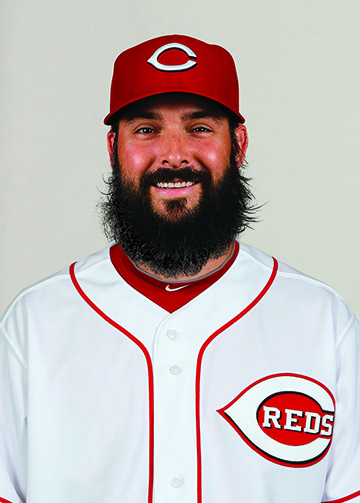 LAS VEGAS (AP) — Tanner Roark figured he would be pitching in Washington’s star-studded rotation next year alongside Max Scherzer, Stephen Strasburg and newcomer Patrick Corbin.
Instead, he found himself part of the majors’ first Tanner-for-Tanner trade, headed to the rebuilding Reds. Cincinnati acquired him for fellow right-hander Tanner Rainey on Wednesday during the winter meetings.
“I felt like we would have a pretty good staff over there in D.C. but they thought otherwise and I don’t know what their plans are,” Roark said in a conference call. “I’m just grateful to be a National. It was good times over there.”
As of now, Roark could lead a young Reds rotation — though president of baseball operations Dick Williams made it clear his last-place club is hardly done dealing. Righty starter Matt Harvey came to Cincinnati from the Mets last May.
There have been only a handful of big league players over the years with the first name of Tanner, and this was the first time two of them were traded for each other.
The 32-year-old Roark led the National League in losses last season, going 9-15 with a 4.34 ERA. He is 64-54 in six years, all with Washington.
Roark made $6,475,000 last year and is eligible for arbitration. He can become a free agent after next season.
“There haven’t been a lot of commitments to players making this kind of money. So this is a significant shift for us,” Williams said. “We’ve been laying in the weeds for a couple of years and focused on rebuilding, and now it’s time to add to the team. We’re in that mode now. And we fully expect to make more deals. This is the first of more to come.”
Washington boosted its rotation last week by signing All-Star Corbin to a $140 million, six-year contract. He will join the company of Scherzer and Strasburg on a team that 82-80 and finished second in the NL East behind Atlanta.
After flip-flopping between the bullpen and rotation early in his career, Roark has been a back-of-the-rotation arm for the Nationals recently, with moderate success.
The truest assessment of the team’s faith in the righty, though, might very well have come during the NL Division Series elimination against the Chicago Cubs in 2017, when he wasn’t used at all.
He made clear later that it bothered him not to get a chance to start in that series.
“Life’s too short to hold grudges,” Roark said shortly after the trade. “But that’s what they wanted to do. If they can live with it, then they live with it, you know? They treated me great. But there were times to where I would be very frustrated and I’d get (mad). But that made me stronger mentally and how to handle certain things like that. So it helped me.”
This might signal another move involving a starter is coming for Washington, which possesses a tremendously strong front three with three-time Cy Young Award winner Scherzer and All-Stars Strasburg and Corbin — but some real question marks after that in Erick Fedde and Joe Ross.
Rainey, who turns 26 on Christmas Day, made his big league debut last season. He didn’t have a decision and posted a 24.43 ERA in eight relief outings for the Reds.
Rainey spent most of the season at Triple-A Louisville, going 7-2 with a 2.65 ERA and three saves in 44 appearances.

Flyers do things right to make it easier to get win

St. Joseph Flyes’ J.C. Damron hauls down one of his nine rebounds during a 60-42 win over the Portsmouth Notre... read more