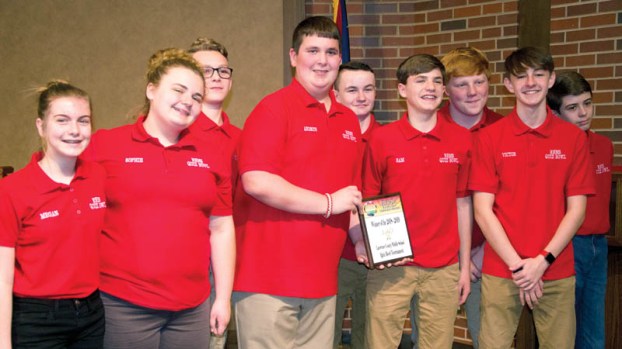 Students from Rock Hill Middle School at first may have thought they were faring badly in the county Quiz Bowl tournament at Ohio University Southern on Monday.

The team lost their first match, against South Point, going into the losers bracket in the double elimination event.

But, from there, they steamrolled their way to the top, winning six straight matches in a row, culminating in the final round against Chesapeake.

As Chesapeake was undefeated, Rock Hill had to win twice against them to take the prize. The score of their final match was 36-28 for Rock Hill.

Symmes Valley came in third in the event, which was organized by the Lawrence County Educational Service Center and featuring eight schools.

A high school tournament will take place at OUS in March.