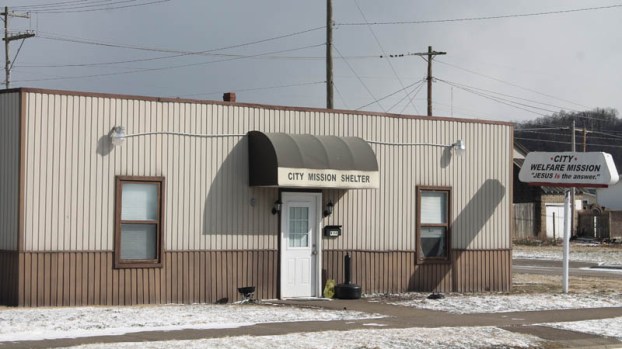 The Ironton City Welfare Mission is open as a warming station for people who do not have a warm place to stay. The back of the church is open during the day and the shelter will open around 6 p.m.

With the extremely cold temperatures in the area due to the polar vortex, Jeff Cremeans, pastor and director of the Ironton City Welfare Mission Church and Shelter, is reminding people that the mission is open as a warming station.

“We’re here all day, seven days a week, and people can come to the back of the church during the day and then our shelter is open at night,” Cremeans said. “We serve lunch here at the church at 11 a.m. and then the shelter will open up around 6 p.m.”

Cremeans said that the shelter has about 15 beds, as well as showers, and that some kind of snack or meal is served in the evening hours.

“The shelter is usually open from 8 p.m.-8 a.m., but when we have really cold weather like this we open it a little earlier,” he said.

The Ironton City Welfare Mission is located at 710 N. Fifth St. in Ironton.

In addition to the Ironton City Mission, the South Point Community Center is also open as a warming station during the evening and at night for people who do not have a warm place to stay.

Smith, of People for the Point, said many donations have been received for South Point’s warming station, but, as of Wednesday, no one has used it.

He said the station is being run by the group, with assistance by the village’s fire department, and that it is being manned day and night.

“Everybody knows about it, but, so far, no one has taken us on our offer,” Smith said.

Smith said he had heard rumors that some people would not come if they could not bring their dogs, and he wanted to assure everyone that was not the case.

“We’re open to everyone — families and dogs,” he said.

Companies offer safety tips A polar vortex expected to bring some of the coldest weather to this area over the... read more