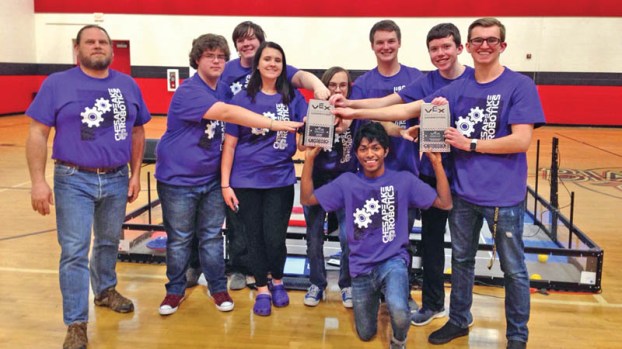 CHESAPEAKE — A team of Project Lead the Way students from Chesapeake High School were tournament champions in a recent robotics competition.

According to Matt Monteville, satellite director for Collins Career Technical Center, The team seeded third after round robin play and chose Charleston Area Robotics Team as their alliance partner.

They went on to tie the state record in points scored vs. the seventh seed 35-0, win a closely contested match vs the 2nd seed  15 -13 and defeat the number one seed of Point Pleasant and Ripley High school in the championship 16-8.

The win automatically qualifies the team a spot in the State championship on March 2, Montevelle said.

Chesapeake also had a team win the judges’ award for their innovative design, engineering and team work.  The students work on robotics during the PEAKE afterschool program run by art instructor Robin Kimball.

Public comments being accepted until Feb. 14 PEDRO — The public comment period for a proposed project to encourage oak... read more