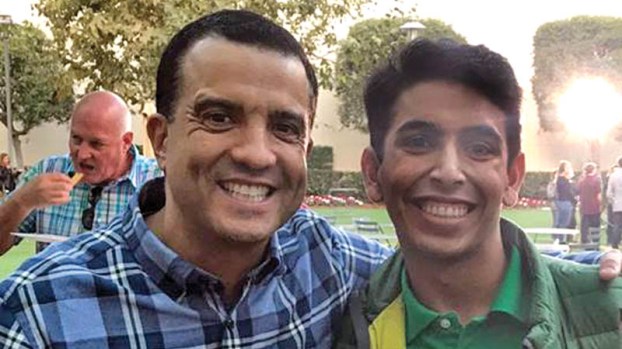 NEW BOSTON — After years of participating in the Scioto County Quiz Bowl, Wheelersburg student Rohit Kataria took the show on the road, when he traveled to Los Angeles to compete in the ultimate quiz competition: Teen Jeopardy!

Kataria is a junior at Wheelersburg High School and said he has been involved in the quiz bowl program for as long as he can remember.

“When I was in the third grade my dad had me go sit in on the middle school quiz bowl practice just to get me more exposed to the material,” Kataria said. “Then the next year, in the fourth grade, I was a helper during quiz bowl practice for the fifth- and sixth-grade team. After that, starting in the fifth grade, I’ve been a part of my school’s quiz bowl team ever since. These last few years in high school, my quiz bowl coach, Mr. Oakes, has helped us in practice to sharpen our trivia skills.”

The Wheelersburg Quiz Bowl team won the county championship the last two years, and were league champions this year.

Rohit has always enjoyed watching Jeopardy with his father, Raj, and they both have taken the online tests many times trying to appear on the program. Rohit was selected among 150 kids this year to participate in live auditions held in cities across the United States and only 30 would be chosen to appear on the program. This was his third time participating in live auditions, but he had never made the final cut.

But that is about to change.

Rohit’s mother, Reshma Kataria, received the call in August while her son was away at summer camp. She described the moment as unbelievable.

“I wanted to cry, but I wanted to make sure this wasn’t a prank,” she laughed. “Ever since he was little he’s been so fascinated with knowledge. We knew he would be a perfect candidate for this.”

The entire family flew to Los Angeles for the taping in December, joined by the Wheelersburg  Quiz Bowl Coach Brian Oakes and his wife.

“They film five episodes for two days, and that was basically the whole Teen Tournament,” Rohit said. “I was a lot more nervous walking up to the stand than I was when a game started. I thought I was going to be freaking out and sweating and having pit-stains on national television, but luckily none of that happened. I just kind of got in the zone. It felt like another quiz bowl match when I was up there. I just started answering questions and it was really fun.”

But don’t ask him how he did. The entire family has been sworn to secrecy until the Teen Tournament airs from June 17-28.

Brown visits Iowa as part of ‘Dignity of Work’ tour