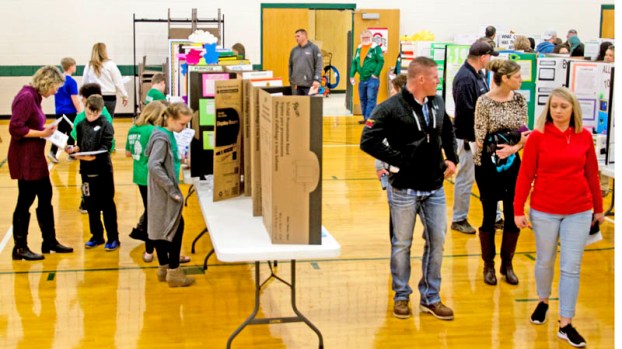 The event saw participation from 120 students, with projects covering topics such as “Paper Airplanes,” “Cats vs. Birds,” “Battery Life of a Drone,” “Iron Content in Cereal,” “Radiation Generated by a Wi-Fi,” “Activators for Slime,” “Gravity,” “Why Fish Are Needed in an Ecosystem” and “Which Anti-virus Software Works Best on a Computer?”

The projects were judged by professionals from the region’s business and industry, including instructors from Marshall University and St. Mary’s School of Nursing.

Parents and family members were able to view projects in the school’s gymnasium, followed by an awards assembly, in which the top 25 outstanding projects were honored.

Students receiving a trophy at the ceremony included:

To make nuclear materials scanners at ports WORTHINGTON, KY. – DropBox, Inc. has secured a $2.15 million contract with the... read more