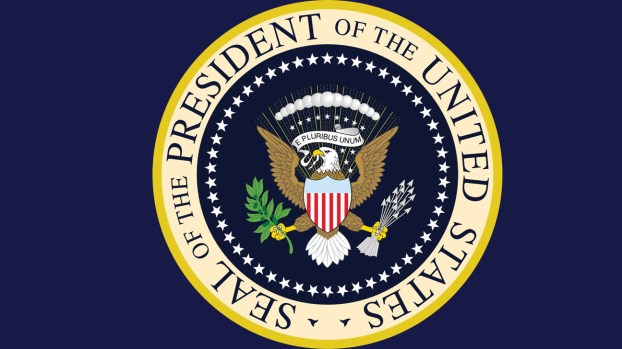 The seal of the president of the United States

Presidential trivia: Test your knowledge of U.S. chief executives with this quiz

The United States has had three national governments, each one presided over by a “president.”
The Second Continental Congress met from May 10, 1775 until March 1, 1781. Military conflict had occurred and its main concern was winning the Revolutionary War and it main accomplishment was adopting the Declaration of Independence.

This congress had six presidents in its nearly six-year tenure. It was replaced by the Articles of Confederation and Perpetual Union on March 6, 1781. This national government was our first constitution.

The 13 original colonies named the confederation of states “The United States of America.” The congress of this government was the only source of authority and supervised the national government until June 21, 1788.

The Articles of Confederation was extremely weak, because it lacked an executive branch, had no system of national courts, could not regulate commerce, did not have the power to tax the states nor individual citizens and all 13 states had to approve amendments to it.

A convention seemed very necessary to revise or strengthen this week national government, called by some “a rope of sand.” There were 73 men named to attend the Constitutional Convention that began on May 25, 1787 in Philadelphia. Of the 73, only 55 delegates attended and 39 men approved and signed the new proposed constitution on Sept. 17, 1787.

The Articles of Confederation were not revised, but abandoned. When the ninth state ratified this new constitution, it became “the law of the land.” The ratification by New Hampshire occurred on June 21, 1788.

Under constitutional provisions, a president of the United States was to be inaugurated on March 4, 1789. This did not occur on that date. And George Washington’s first term was 57 days short when he was inaugurated on April 30, 1789 in New York City.

How many presidents of the United States have we had thus far The total number must be based upon historical interpretations, chronological relevance, presidential technicalities and titular descriptions and terminology — 45, 46, 52 or 53?

Our traditional count hovers at the number 45, those serving under our present constitution.

Below is a series of presidential actions and trivia concerning the famous American leaders during our existence while a nation adhering to the United States Constitution during the last 230 years.

Test your presidential knowledge by analyzing the 20 descriptive hints and name the presidents being described. After all, they have held the office of the most powerful elected officials in the whole world!

1. Who was John Hanson of Charles County, Maryland?
2. Which American president may have become an illegal president in 1881?
3. What American president, standing at six feet, four inches in height, employed bullying tactics upon congressmen, senators, cabinet members and political appointees to get them to support his wishes?
4. Name the president who allowed a menagerie of pets at the White House and upon its grounds, including “Algonquin” the pony, “Skip” the dog, “Jonathan Edwards” the bear, “Emily Spinach” the snake, etc.
5. Which president from Ohio played second base for Cincinnati Woodward High School, pitched a ceremonial ball to open the 1910 major league baseball season and was the first president buried in the National Cemetery at Arlington?
6. Name the president who could write Latin with one hand and Greek with the other at the same time.
7. Name the president whose first-born daughter gave her to a popular American candy bar.
8. Who do major historians regard as our weakest, most indecisive and inept president?
9. Which American president, whose nickname was “O.K.,” was called this by his Democratic friends and colleagues? Today, the letters represent a reply meaning “agreeing to” or “approving.”
10. He, at the advice of his son, invested his life savings of $100,000 in a banking firm, which failed. Destitute, he had to race against death to provide for his wife.
11. He was the first president born in a log cabin. He named the present Democratic Party. In 1806, he killed a man in a duel for insulting his wife.
12. According to presidential plans, campaign promises and political pledges, he must be considered our most successful president by far. He worked too hard and was the first president to remain all summer in the White House, refusing to take a vacation.
13. His walking gait was awkward. He would take off his size 14 shoes or boots at any opportunity because of the overly large corns which pained him.
14. His given name had been Leslie Lynch King before his mother divorced his father. He was the first Eagle Scout to become president and was MVP for the Michigan “Wolverine” football team in 1934.
15. What was strange about George Washington’s journey from Mount Vernon to New York City to be inaugurated president?
16. Which New England president had a pet raccoon named “Rebecca?”
17. He withdrew federal troops from the defeated South within two months of taking office, helped establish The Ohio State University and introduced Easter Egg rolling on the White House lawn.
18. He fathered 15 children via two wives and, when he dies in 1862, the United States government ignored his death.
19. Congress voted to honor his memory by depicting his likeness on American dimes because sometimes 150,000 dime-laden letters arrived at the White House in a single day.
20. For 24 hours, from noon on Sunday until noon on Monday in early March 1849, this man was by technicality the acting president of the United States.

1. On March 1, 1781, the Articles of Confederation and Perpetual Union became the first written, national constitution of the Unit4d States. Since it had no executive branch or national courts, the Articles’ Congress was the main power. John Hanson served a one-year term as “president of the United States.” Some consider him an American president. There were seven presidents of the Articles’ Congress.
2. Chester A. Arthur may have been born in Canada, but took his brother’s birthday as his own to make himself a U.S. citizen. His younger brother had died in infancy.
3. Lyndon B. Johnson had huge desire to manipulate everyone around him. In the midst of a meeting, Johnson is known to have walked to the White House swimming pool, taken off his clothes and dived in naked. He would pressure those with him incessantly until they entered the pool naked also.
4. Theodore Roosevelt surrounded his six children with animals. “Jonathan” was a piebald rat who climbed up chairs and even made his way to the dinner table to be fed morsels of food.
5. William H. Taft, or “Big Lub,” stood six feet, two inches tall and saw his weight rise to 355 pounds. He was an excellent dancer. He had to have a special bathtub in the White House, seven feet long and 42 inches wide.
6. James A. Garfield, the first preacher to become a president, taught school, was a professor at Hiram College, and was the Civil War’s youngest Union major general. He was gunned down four months after his inauguration.
7. Grover Cleveland’s first-born daughter, Ruth Cleveland, born in 1893, gave her name to the Bay Ruth candy bar.
8. James “Old Buck” Buchanan should have been one of our greatest presidents, due to his vast and varied political experience. He had been elected five time to the U.S. House of Representiave3s, served as minister to Russia, was a U.S. senator, became James K. Polk’s secretary of state and represented the U.S. as a diplomat to England. However, history has labeled him as cowardly, weak, senile and irresolute. He was the only unmarried president.
9. “O.K” was the nickname for Martin Van Buren, who had been born in Old Kinderhook, New York. Andrew Jackson and the Democrats called him this. Jackson’s enemies, wondering what “O.K” meant, said it would be the way the unschooled Jackson would spell “Oll Korrect.”
10. Hiram Ulysses Grant is rumored to have smoked 20 cigars a day. In 1884, he invested his life savings in Grant and Ward and the firm failed. He developed throat cancer and worried about his family. Mark Twain convinced him to write his memoirs. He finished them four days before he died and his family received about $500,000 from royalties.
11. Andrew “Old Hickory” Jackson might have been the most violent-tempered man to become president. He is thought to have been involved in 100 fights, brawls or duels. As the seventh president, Jackson promised to turn the federal government over to the common man.
12. James Knox Polk was our first “dark horse president.” He had an agenda of four goals and almost succeeded totally in pursuing them. He did not get all of the U.S.-claimed Oregon territory. He added 1.2 million square miles to the United States. He said he would only serve one term and died three months after leaving office.
13. Abraham Lincoln waded in Antietam Creek after the battle there. He had gone to see Gen. George McClellan. Lincoln’s feet not only hurt him, he was angry that McClellan, who had Robert E. Lee’s invasion plans, did not destroy Lee’s army.
14. Gerald R. Ford became president after Richard Nixon resigned. By the end of Ford’s administration, Americans began to trust their president again.
15. George Washington was one of the richest men in North America. His vast wealth was tied up in lands, slaves, and expected crop yields. He had to borrow money from Richard Conway of Alexandria, Virginia to go to New York City to be inaugurated. He received a loan of 600 pounds.
16. John Calvin Coolidge was a “Puritan living in an industrial age.” He was a taciturn man his entire life. “Silent Ca;” could not agree with many people, so he just kept silent. He loved to walk “Rebecca” on a leash and talk to that animal.
17. Rutherford B. Hayes won the presidency in the Electoral College 185-184. There were some known financial irregularities in the electoral voting In the Compromise of 1877. The Democrats (who felt cheated) told the Republicans that if Hayes ended Reconstruction in the South, they would not protest the results of the 1876 election. So Hayes withdrew the Union troops from the South and only served one term.
18. John Tyler, “His Accidency,” became president upon the death of William Henry Harrison in 1841. He was later elected as a member of the Confederate State of America’s Congress. He died on Jan. 18, 1862, and the United States government made no announcement or proclamation that a U.S. president had died.
19. Franklin Delano Roosevelt was stricken with polio at Campobello in New Brunswick, Canada in 1921. He had to use braces, canes and crutches to walk. Eddie Cantor suggested that all Americans send dimes to the president. FDR founded the March of Dimes in 1938. Its research led to Jonas Salk’s polio vaccine in 1955.
20. David Rice Atchison was elected president pro tempore of the U.S. Senate 16 times and was such in March 1849. Polk and vice president George Dallas had left office. Zachary Taylor would not be sworn in on a Sunday. Atchison was president for 24 hours and slept through his term.

— Bob Leith is a retired history professor from Ohio University Southern and the University of Rio Grande.