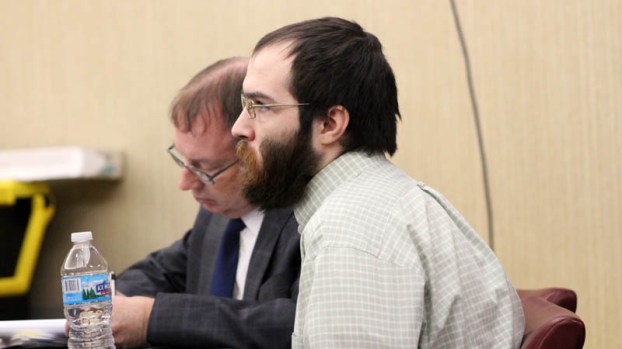 Day five of the trial against quadruple homicide suspect Arron Lawson, 24, of Pedro, began on Wednesday with forensic psychologist Dr. Bob Stinson continuing on the stand from Tuesday and discussing his background check on Lawson.

Stinson stated that Lawson suffered from borderline personality disorder, which often results in becoming “overly attached” and having “extremes” in terms of emotions.

Through evaluating Lawson after the 2017 quadruple homicide, Stinson testified that Lawson suffered from post traumatic stress disorder (PTSD) from years of abuse by family members growing up, as well as a family history of sexual and physical abuse, drug and alcohol abuse, poverty and mental health issues, all of which caused Lawson to feel neglected, unloved, unwanted and “like garbage.”

Though Stinson acknowledged that this doesn’t take away a person’s choice, all of these things together, with dysfunction on both sides of the family, led Lawson “on a downhill slide with negative outcomes.”

Stinson also talked about how Lawson had very little stability in his life and a lack of structure, and that he was actually surprised that Lawson hadn’t had a prior record before the murders due to this fact.

Through cross examination, Lawrence County Prosecutor Brigham Anderson, who is leading the case for the state, questioned Stinson on why he never actually diagnosed  Lawson with Cluster B Personality disorder, like Lawson’s mother, Carolyn Taylor, had been. Stinson responded by saying that although he did not actually diagnose Lawson, all of the symptoms that Lawson showed were recorded and described to show that Lawson suffered from the disorder.

Stephanie Bentley, Lawson’s older half-sister, also took the stand on Wednesday to talk about her life growing up in the family, as well as the fact that she and Lawson are very close.

Bentley described Lawson as “outgoing, loving and caring,” and that he often took the blame for everything, while another one of his half-siblings often got away with everything.

She said that she didn’t live with Lawson her whole life, but that the two were very close and saw each other often when visiting their mother.

Bentley also said that she would be “devastated” if Lawson was in fact sentenced to the death penalty at the conclusion of the trial.

The trial will resume at 8:30 a.m. Thursday with closing arguments.

Says he is sorry, doesn’t expect sympathy On Tuesday, during the mitigation hearing about what penalty he will pay for... read more