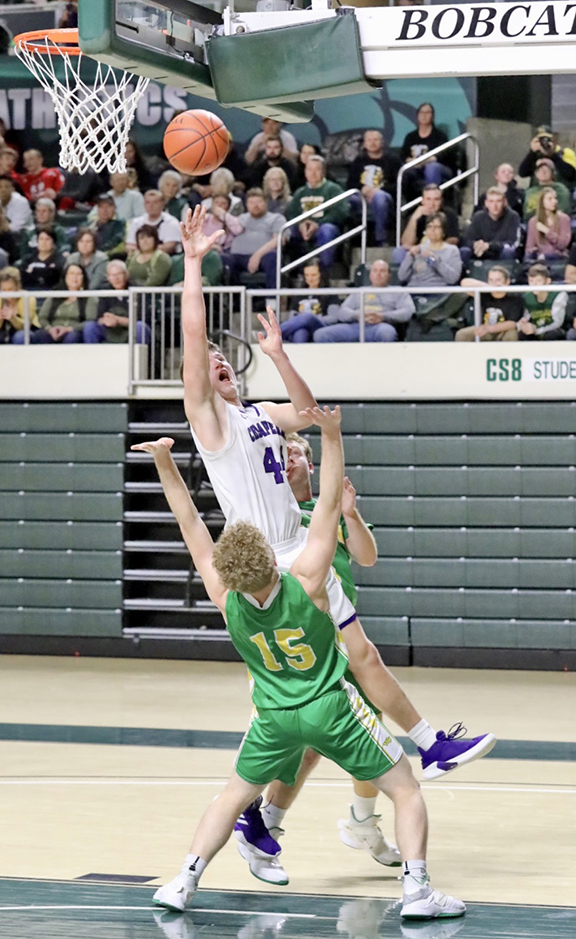 CHESAPEAKE — The Chesapeake Panthers are right where they want to be but not where they’re supposed to be.
The Panthers attempt to add another win and district title to their improbable run as they play the Adena Warriors at 6 p.m. on Saturday in the Division III district finals at Ohio University’s Convocation Center.
Chesapeake does not have a senior on the team. There are three juniors, five sophomores and a couple of freshmen. The Panthers were the No. 7 seed at the Jackson sectional while Adena was the No. 1 seed at the Waverly sectional.
The Panthers are 16-9 on the season but coach Ryan Davis noted that the team lost six games in which they had leads in the fourth quarter.
“Turnovers and not making free throws have hurt us,” said Davis. “These are great kids, but they are way too young.”
Davis said the Panthers need to do two obvious things to have a chance against the Warriors.
“We have to take care of the ball and rebound,” he said.
Adena (18-6) is led by 6-foot-3 senior Zach Fout who averages 15.3 points a game and 6-4 sophomore Logan Bennett who scores at a 13.2 clip.
Fout scored 20 points and 6-1 sophomore Preston Sykes 12 in a 43-36 win over Ironton in the district semifinals.
In comparison, Chesapeake lost to Ironton twice in the regular season, 69-62 and 59-52.
Against Ironton, Adena only turned the ball over 11 times and held a slim 31-29 rebound advantage.
A key for Adena will be the return of 6-foot sophomore point guard Jarrett Garrison who missed the last part of the season as well as the Warriors’ three tournament games. Garrison averages 10.6 points and 4.3 assists per game.
“Their point guard is expected to be back and he does a nice job,” said Davis. “They’re bigger than us and they do a lot of things well.”
Besides Fout and Bennett, the Warriors will start 6-4 senior Caleb Foglesong to go along with 5-10 sophomore Nate Throckmorton.
Off the bench are Jacob Shipley and Ethan Kunkle.
“They aren’t a post-type team, but they score at the goal. They have good movement. They like to shoot the ball, but they take good shots,” said Davis.
Chesapeake will counter with a starting lineup led by 6-4 sophomore Eli Archer who averages 15.4 points and 7.5 rebounds a game.
He will be joined by 6-4 junior Tylan Hutchison, 6-foot junior Austin Jackson and either 5-11 sophomore Nathan Cox, 5-9 sophomore Trent Dearth or 5-10 freshman Levi Blankenship.
Expected to come off the bench are 5-9 sophomore Travis Grim and 6-3 junior Josh Cox.