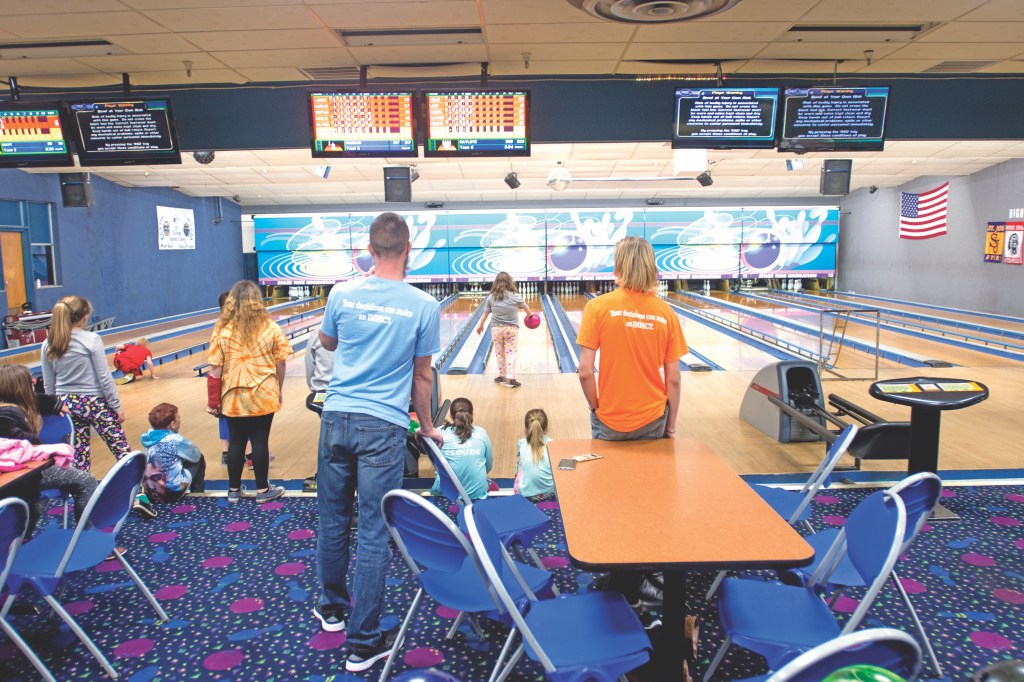 The sound of bowling balls going down the lanes filled Spare Time Recreation in Ironton. While it’s a common sound at the entertainment center, it was more than just seeing who could get the highest score. It was a matter of connecting.

It was part of FreeFest Connect aLive, a series of events sponsored by Ironton aLive, Impact Prevention and the Ohio Mental Health Addiction Services to bring community-minded, recreational and educational activities to Lawrence County.

Susan Heald, coordinator of the River Hills Prevention Connection, which is under the umbrella of Impact Prevention Inc. in Ironton, said they had handed out about 150 free tickets to people in the community. The ticket was good for bowling, laser tag, skate and even some pizza.

“The whole idea is for the community to connect and to provide a free opportunity for kids and families who don’t normally get a chance to go out and do stuff,” she said.

Heald said that one of the important elements of the FreeFest events is that it is a way for people to connect.

“Social isolation is one of the things that leads to drug addiction,” she said. “Part of the strategy is to reduce isolation and increase community connectiveness.”

Erica Bridges and Sara Scior were there with their kids and some kids from First Baptist Church.

“We have seven kids, they are friends from church and school,” Scior said, adding she liked that the event was being held so kids had something to do. “It gets them out and away from playing video games.”

Elyla Scior, a fourth grader at Ironton Elementary School, said that besides bowling, she had played a round of boys vs. girls laser tag.

“It was good, even if the boys won,” she said. “I enjoyed the laser tag the most. It was fun.”

It started about a month ago and has grown.

“Attendance has increased, the talent that has come out has been great and we have had new people coming in every week,” she said. “And it has been standing room only, so that’s good.”

It will continue until the end of April. Anyone who wants to share family-friendly music, songs, poems, stories and jokes are invited. All attendees will get free coffee or milk as well as free cookies from the Black Bear Bakery.

“We’ve had wonderfully talented people at open mic night,” said Gina Collinsworth with Ironton aLive. “That’s what we love about open mic, it gives everyone an opportunity to share their talent and there are some very talented people in our area. Some of the music we had last Friday, I would say it was experimental rock. Then we had a real traditional band. Just everyone from young kids to seniors being in one room, sharing in the music. It’s really great.”

The final FreeFest Connect Alive event will be on April 27. Called “Ron-Na Day,” the restored theater will be the site for activities such as bouncy houses, food, entertainment, workshops, community info booths, face painting, kids activities and finally, a live band concert to end the day.