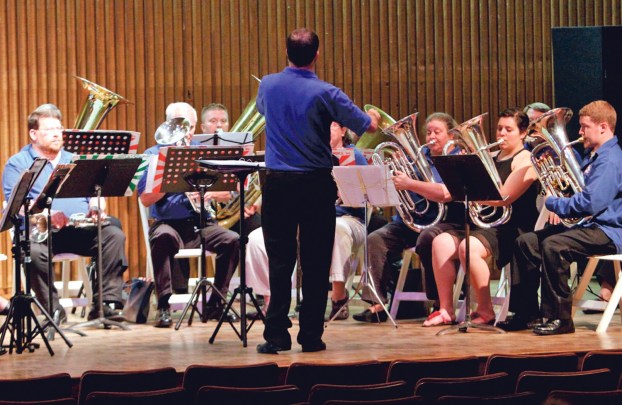 Brass Band of the Tri-State to perform

The Brass Band of the Tri-State, under the direction of Dr. Michael Stroeher, will present its annual spring concert at 7:30 p.m. on Tuesday in the Ohio University Southern Bowman Auditorium.

Admission is free and open to the public.

The Brass Band of the Tri-State is a proud member of the prestigious North American Brass Band Association. Tuesday’s concert features a variety of music ranging from a piece for trumpet sextet to a concert march to an arrangement of Bohemian Rhapsody.

The Brass Band of the Tri-State has been performing for nearly 25 years and is comprised of amateur musicians from across the tri-state and beyond. The ensemble consists of retirees, community members, and music students from Marshall University. Community members include such diverse occupations as music teachers, professors and engineers.

The band performs throughout the year and has won numerous awards on the international level at the North American Brass Association annual competitions.

Boots on the ground: Officials pick up litter as part of Project First Impression

SOUTH POINT — If you passed through South Point on Tuesday morning and saw people in orange vests picking up... read more