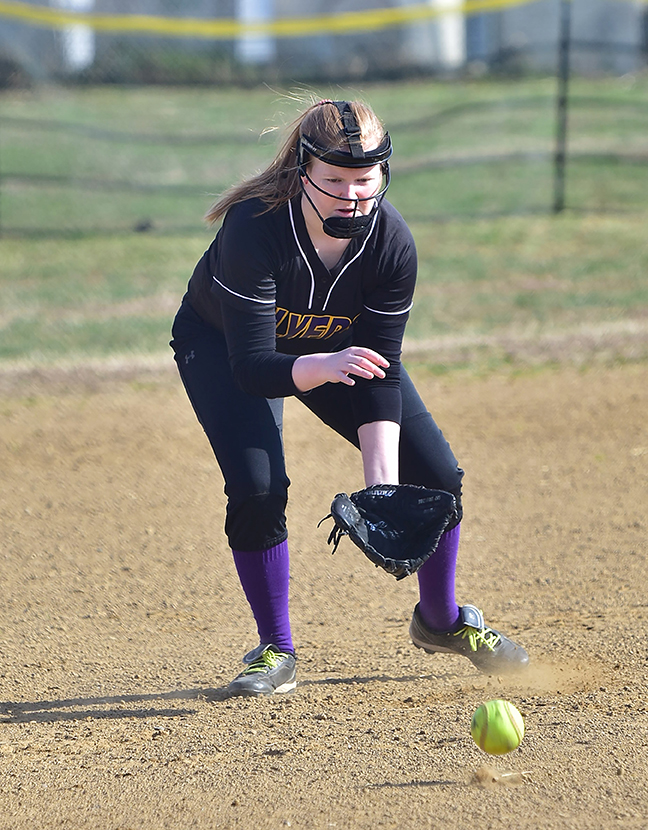 Steve Martin, Martin Short and Chevy Chase were the stars of the 1986 movie “The Three Amigos.”
The St. Joseph Lady Flyers put together their own sequel as Kaitlyn Sheridan, Kelsey Malone and Alex Holtzapfel helped beat the Sciotoville East Lady Tartans 12-2 in five innings on Thursday.
Sheridan went 3-4 with five runs batted in. Malone was 3-3 with two doubles, Holtzapfel 2-3 and also got the pitching win as she allowed just three hits with five strikeouts, four walks and no earned runs.
Bella Whaley was 1-1 and Isabella Griffiths 1-2 as St. Joseph had 10 hits.
East got its two runs in the top of the first inning on two singles and the help of two passed balls.
The Lady Flyers got the run back in the bottom of the inning when Malone doubled, stole third and scored on a passed ball.
St. Joseph took the lead for good with five runs in the second inning.
Lydia Sheridan reached on an error, Griffiths walked and Laiken Unger hit into a force play. Griffiths and Unger pulled off a double steal and Kaitlyn Sheridan delivered the go-ahead two-run single.
Sheridan stole second and scored on Malone’s second double of the game. Holtzapfel singled home Malone, stole second and went to third on a wild pitch. Bella Whaley was hit by a pitch and then stole second with Holtzapfel scoring on the play.
The Lady Flyers added a run in the third when Griffiths singled, stole second and scored on another hit by Kaitlyn Sheridan.
In the fourth, Malone singled, stole second, took third on a passed ball and scored when Holtzapfel grounded out.
St. Joseph then ended the game early with a four-run fifth inning.
Griffiths was safe on an error and Kerri Jenkins reached on catcher’s interference. Both moved up on a passed ball and Kaitlyn Sheridan did it again with a two-run single.
Emma Whaley and Malone walked to load the bases and Holtzapfel finished things off with a two-run line drive single to right-center.
Holtzapfel got the win as she allowed only three hits, struck out five, walked four and both runs were unearned.
Sciotoville 200 00 = 2 3 3
St. Joseph 151 14 = 12 10 0
WP-Alex Holtzapfel (K-5, BB-4, ER-0). LP-H. Ginn. Hitting-East: Ginn 2-2, Lyons 1-3; St. Joe: Kaitlyn Sheridan 3-4, Kelsey Malone 3-3, Alex Holtzapfel 2-3, Bella Whaley 1-1, Isabella Griffiths 1-2.