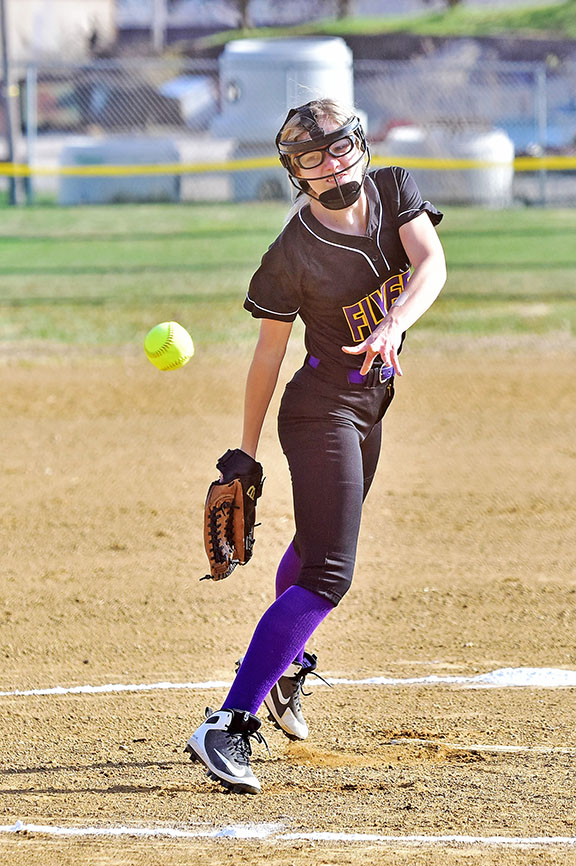 HUNTINGTON, W.Va. — Alex Holtzapfel came thisclose to a no-hitter.
Holtzapfel came within a bang-bang play at first base for an infield hit in the first inning of registering a no-hitter.
Instead, she settled for a one-hitter with five strikeouts and no walked as the St. Joseph Lady Flyers blanked the Grace Christian Soldiers 8-0 on Tuesday.
Backed by a strong defensive effort, Holtzapfel allowed only three baserunners and had a streak of 10 consecutive outs at one time in the game. Only one runner reached third base.
Kelsey Malone and Kaitlyn Sheridan went 2-3 as the Lady Flyers had eight nine.
Paige Preston, Isabella Griffiths, Lydia Sheridan and Laiken Unger all went 1-3.
The Lady Flyers got all the runs they needed in the first inning by taking a 3-0 lead.
Kaitlyn Sheridan and Emma Whaley reached on errors and both scored on Malone’s triple. Holtzapfel then singled home Malone.
St. Joseph got three more runs in the fifth.
Unger and Kaitlyn Sheridan singled and moved up when Emma Whaley hit into a fielder’s choice. Malone collected two more RBI with a double and then stole third and came home on a wild pitch.
The final two runs scored in the sixth.
Preston singled and went to second on a wild pitch. Griffiths singled and then took second on pitcher’s indifference.
Unger grounded out to drive in Preston and send Griffiths to third where she scored on a wild pitch.
St. Joseph 300 032 = 8 9 2
Grace Christian 000 000 = 0 1 1
Alex Holtzapfel and Kaitlyn Sheridan. M. Maynard and Adkins. W-Holtzapfel (K-5, BB-0). L-Maynard (ER_6, K-7, BB-2). Hitting-St. Joe: Kelsey Malone 2-3, Kaitlyn Sheridan 2-3, Alex Holtzapfel 1-3, Paige Preston 1-3, Isabella Griffiths 1-3, Lydia Sheridan 1-3, Laiken Unger 1-3.