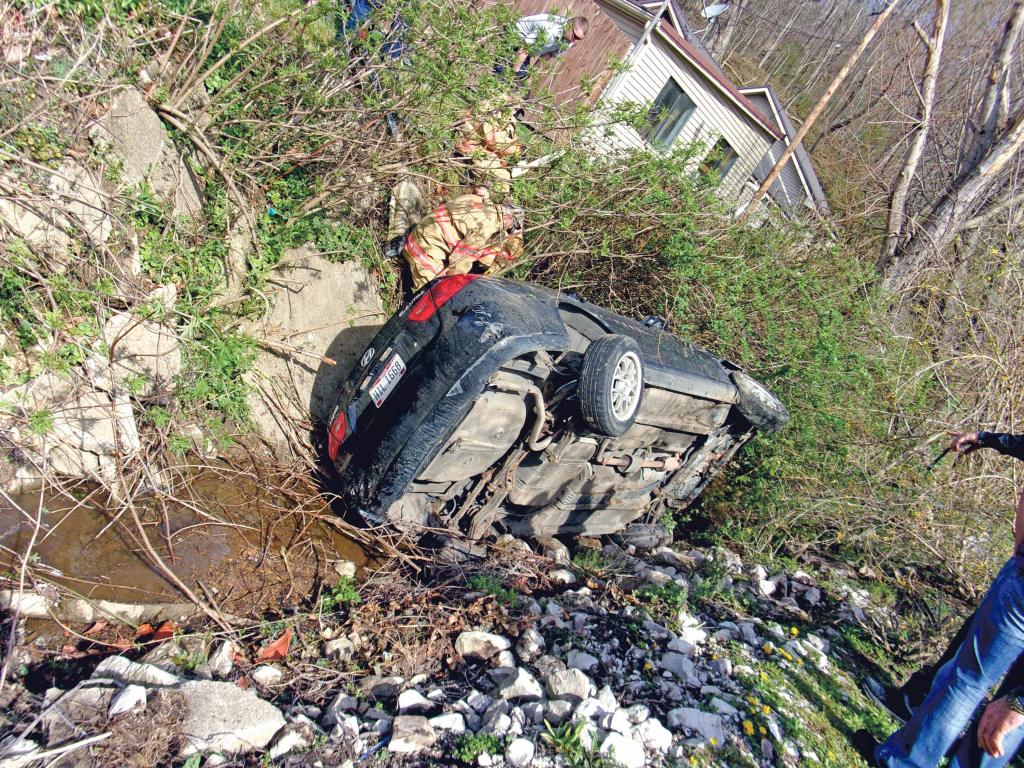 A woman driving a stolen car was injured after wrecking the vehicle and the Ironton Police Department is looking to return stolen items to theft victims.

Early Tuesday morning, the IPD got reports about 8–10 cars being broken into and items being stolen. They also got a report about a car being stolen from the 2500 block of South Fifth street.

IPD detective Captain Joe Ross said the people who had their car stolen were eating at Tudor’s Biscuit World on Park Avenue in Ironton when they saw their car go by. They called the police to report it.

A high-speed pursuit started around 10:16 a.m. on Tuesday when an IPD officer tried to stop the car.

“The vehicle wouldn’t and fled out State Route 93,” Ross said. “The vehicle went off the side of the road and flipped upside down into a creek by Ben Howell Road.”

Ross said the driver, Ashley Dawn Katzenberg, 34, of Ironton, was partially ejected from the vehicle.

“She had to be extracted from under the vehicle by the Upper Township Fire Department,” he said, adding the Ironton Fire Department set up a landing zone at the Ironton Hills Plaza so Katzenberg could be taken by helicopter to a Huntington hospital.

“Her injuries were pretty serious when they took her,” Ross said.

He said they have a stolen items recovered from the car and are looking for the owners.

“We have several items we desperately need to find the owners of,” he said. The items include jewelry, check books, credit cards and a firearm.