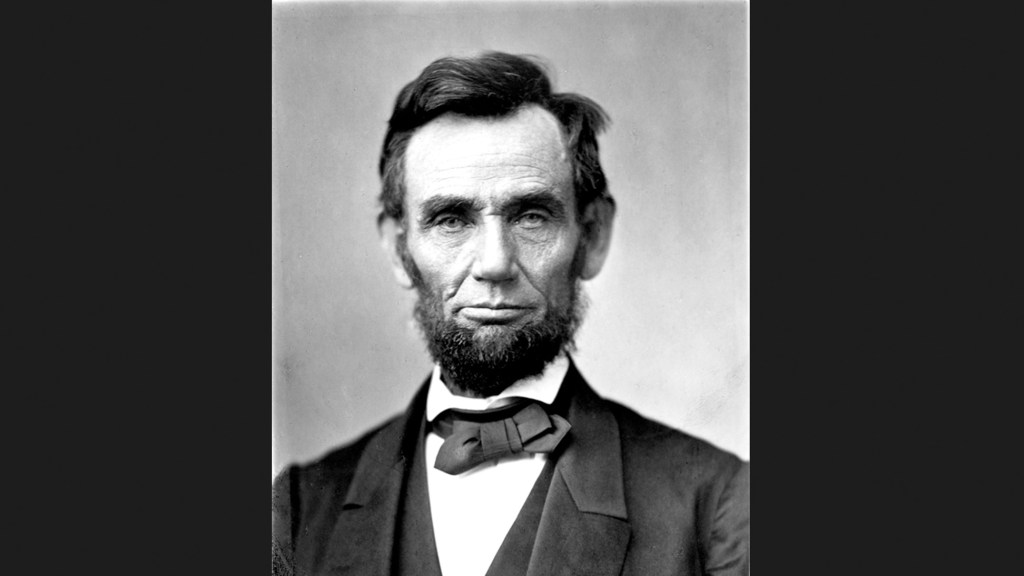 This is the first of a two-part series on the life of Abraham Lincoln, who died 154 years ago this week

Samuel Lincoln, a weaver, left Hingham, England and came to what would be Hingham, Massachusetts, in 1637. He is the founding patriarch of the Lincoln family in North America.

Thomas Lincoln cut wood for hire, learned carpentry and cabinet making, guarded prisoners, signed up to fight the Indians and made coffins for $10 when the need arose.

Those who knew him called him a fun-loving “piddler,” because he would never attempt any large project. Tom was famous wherever he happened to be for telling stories.

In 1806, at 28 years of age, he married Nancy Hanks, who was rather tall, pretty and uneducated. People whispered that Nancy had been born ‘illegitimate” since her mother lacked a legalized husband. Tom and Nancy first lived near Elizabethtown, Kentucky. Their first child, Sarah Lincoln, was born in 1807.

In 1808, Tom Lincoln moved his family to the south fork of Nolin Creek. Their plot of land was called Sinking Spring Farm, three miles from the village of Hodgenville, Kentucky.

The cabin they lived in was 18 feet by 16 feet, had a dirt floor, one window and a door on leather hinges.

On Feb. 12, 1809, on a snowy Sunday morning, Abraham Lincoln, a future president, was born in a corner of the cabin on a bed of poles, cornhusks and bearskins. Mrs. Hanks, a neighbor, came to the cabin and washed the baby. The baby soon became a tall child and grew out of his clothes faster than Nancy could make them. Abraham was more like mother Nancy than his father — mild, tender and very inquisitive. Nancy would give birth to another boy, named Thomas, who lived just a few days.

Abraham and Sarah walked four miles together to school. Abraham said he was educated by “littles” — a month here, and a month there. The distance was not a problem, because Abraham was given the chore of carrying water from one mile away back to their cabin on Knob Creek.

They attended a “blab” school, where all learning was done by the students blabbing out their lessons loudly over and over until they had memorized them.

A classmate recalled that Abraham Lincoln was given his share of “hazel switch discipline.”

He considered paper a luxury and made his first pen out of a turkey buzzard feather and his ink out of blackberry juice.

During his 56 years of life, it is estimated that Abraham Lincoln had between 12 and 14 months of formal education by ‘littles.”

When Abraham was 7, his father moved the family to Indiana. It took them two weeks, wielding axes, to traverse the 100 miles. They settled near Little Pigeon Creek and the father kept an axe in young Abe’s hands.

Abe’s “uncle and aunt,” Tom and Betsy Sparrow, came to the area and perished in 1818 from “milk sickness.” Abe’s mother, Nancy, nursed the couple in their last hours and she herself died of the disease. This illness resulted from poison in a cow’s milk after the cow had eaten snakeroot. At age 9, Abraham helped his father construct Nancy’s coffin. A decade later, his sister, Sarah, would also die.

In 1819, after what was considered a decent mourning period, Thomas Lincoln traveled back to Elizabethtown to find a wife. He approached a widow whom he had courted earlier. Sarah Bush Johnson was known as “Sally.” She brought her three children and they returned to Indiana. Dennis Hanks came to live at the cabin and there were eight people in that small home.

During Thomas Lincoln’s visit to Elizabethtown, he left Abe and Sarah alone at the cabin for one month. Abe was 10 and Sarah was 12. “Sally” won Abe’s heart and mind by replacing his cornhusk bed with his very own feather mattress and his own pillow.

He had borrowed a book and it was damaged by water. He worked three days at hard manual labor to pay for the damage. He would later claim that “My best friend is the man who will get me a book I aint read.”

Bob Leith is a retired history professor for Ohio University Southern and the University of Rio Grande. In the next installment, Leith looks at Lincoln’s young adulthood and his path to the presidency.