U.S. 52 to be restricted until August 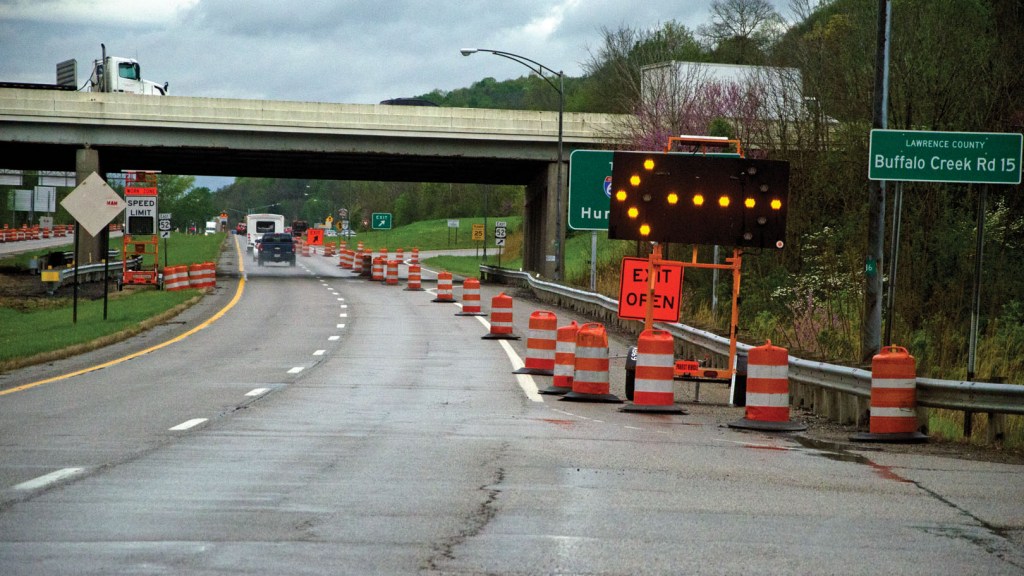 The Tribune/Heath Harrison A paving project, which has reduced U.S. 52 to one lane between Chesapeake and South Point, is expected to be completed by Aug. 31.

Road from South Point to Chesapeake to be repaved

CHESAPEAKE — A repaving project, which has reduced U.S. 52 to one lane between Chesapeake and South Point, is expected to be finished by the end of summer.

The resurfacing work, which began on April 8, has caused traffic to be maintained in a minimum of one 12-foot lane in each direction between County Road 18 (Solida Road) and the junction with Third Avenue at Chesapeake.

A variable speed limit will be in effect during construction.

“There will be additional lane restrictions coming,” Fuller said, adding that State Route 7 to the bridge with Huntington will be reduced to one lane in each direction on April 29, while night work will begin on State Route 527 on May 6.