Artist’s work explores deeper meaning in nature: Exhibit up until May 25 at South Point gallery 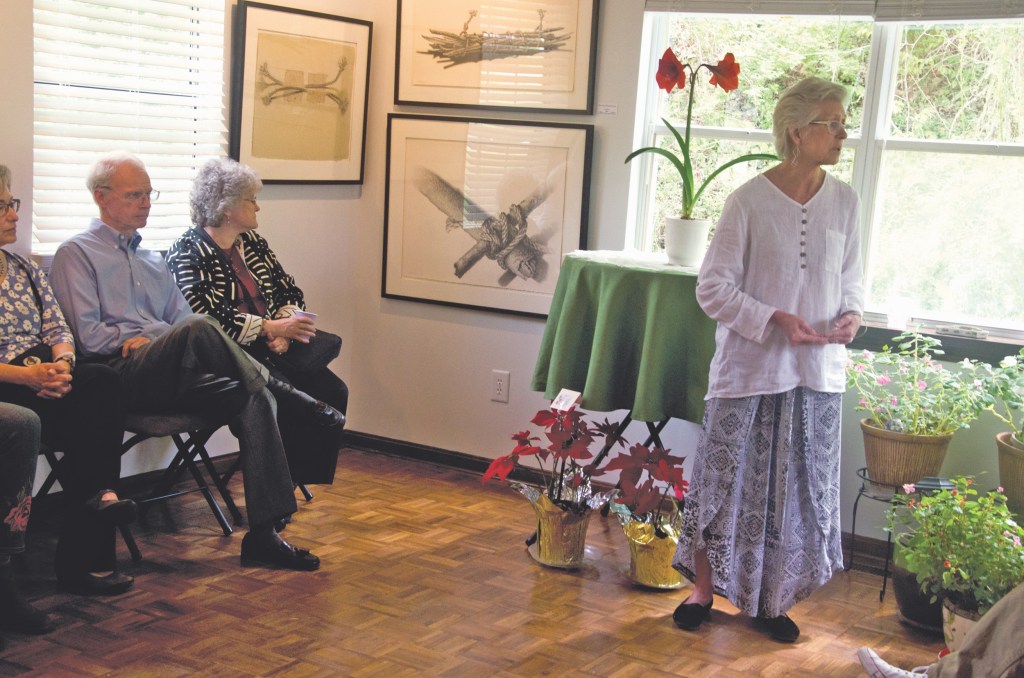 Katherine Cox of Willow Wood, the former education director for the Huntington Museum of Art, delivers a presentation on her work at a reception at the Hutton Wayfarer Gallery in South Point on Saturday 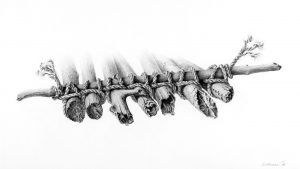 Submitted photo
Graphite pencil drawings, by Katherine Cox, of Willow Wood, the former education director for the Huntington Museum of Art, are on display at the Hutton Wayfarer Art Gallery in South Point until May 25.

SOUTH POINT — Katherine Cox describes the subject matter of her artwork as “nature, juxtaposed with the human condition.”

While human figures don’t appear in her work, she said the pieces are still about people.

Cox, of Willow Wood, gave a talk on Saturday, opening an exhibit of her graphite pencil drawings at the Hutton Wayfarer Gallery in South Point.

She spoke of the themes running through the work, such as a series she did on domesticity.

“Nests are very meaningful to me,” she said of their appearance in the work. “But I hate the phrase ‘empty nest.’ It implies that after you’ve raised children, you are done. If you carry the child and raise the child, you are anything but.”

Cox, who recently retired as director of education at the Huntington Museum of Art has also taught at Marshall University, where her husband, Jonathan is a fine arts professor.

Another recurring subject of Cox’s work is trees, which she says remind her of people through “birth, growth and decay.”

One series of work focuses on rafts, which Cox said she began after watching a film about refugees escaping Cuba to travel to the U.S.

“They built a raft from scraps and junk,” she said of the difficult journey. “But there was desperation to get to Florida. Our lives in America aren’t desperate, but we also have longings and I wanted to address the idea by drawing a raft.”

For the pieces, Cox said she gathered sticks and researched how a raft was built, coming up with a model to use as the basis for the drawings.

She said many of the elements of her work have double meanings.

“Ropes can show strength and hold things together,” she said. “And rocks can be a foundation or they can be used to stone someone.”

She said she does her work in her home studio, which she calls “Pencil Town.”

“I enjoy sitting and closely observing while I draw,” she said, adding that the studio has no windows, which she prefers to keep out distractions.

She tends to draw on large sheets of paper, often hand made. She found this format ideal for a series depicting the expanse of water and skies.

“It’s what I think of the infinite things that we can’t hold or grasp,” she said.

Gallery co-owner Robert Hutton asked Cox if she knows the theme of a work when she begins.

“It unfolds as I go,” she said. “I can talk about it hindsight, but most don’t happen that way. It’s part of the process and really enjoyable.”

Cox’s work will be on display at the gallery, co-owned by Robert and Robin Hutton, until May 25.

The gallery is open to visitors by appointment, which can be set up by contacting the couple through the Facebook page or emailing Robin at rhutton@zoominternet.net. It is located at 52 Private Dr. 250, off County Road 144, about 5 minutes from the Solida Road roundabout. 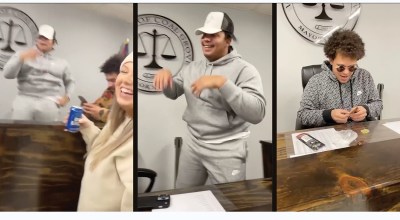 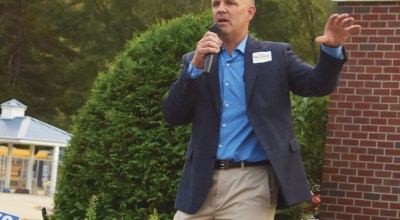 DeWine nominates Baldridge as director of Ohio Department of Agriculture