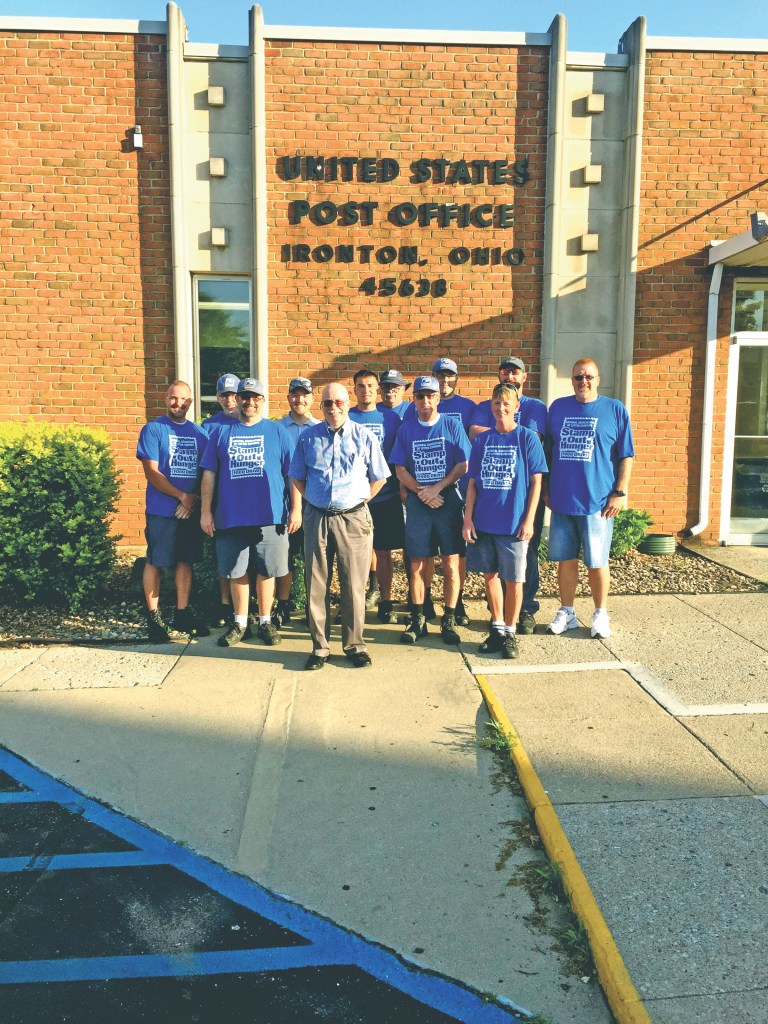 This Saturday, the U.S. Post Office carriers are going to be doing more than delivering letters and packages. They are asking people to put out non-perishable food that will go to local food pantries.

Since 1993, the second Saturday in May has been Letter Carriers’ Stamp Out Hunger Food Drive, when people can put out non-perishable food in bags and then the carriers make sure the food goes to local food pantries to help the needy.

Kevin Nichols has been the Stamp Out Hunger coordinator for the Ironton’s Post Office for the past 18 years. He said the letter carriers participate on a voluntary basis and that management also works with them.

“They don’t have to let us do this, but they do,” he said. “Some guys don’t want to do it because they think people abuse the system, but my philosophy is that if one kid goes to bed not hungry, then it was a success.”

Nichols said the food goes to city mission and Harvest For The Hungry food pantries.

“What they do, is they get volunteers and they walk with the carriers,” Nichols said. “So, on this Saturday, we will have a walker to help us carry the food because we get so much.”

Nichols said that the community is very giving for Stamp Out Hunger.

“It’s pretty good, we generally get about 6,000 pounds of food every year,” he said. “Each route seems to do well. People have to make several trips to city mission with their trunks full to drop off stuff. We’re tickled. We wish we could do more, but we do what we can.”

What they are looking for in the food drive is non-perishable, unopened foods in cans or boxes such as cereal, pasta, pasta sauce or spaghetti sauce, rice, canned fruits and vegetables, canned meals (such as soups, chili and pasta), 100 percent juice, peanut butter, macaroni and cheese, canned meats such as tuna, chicken and turkey, and beans (canned or dry). You also can donate healthy, low-sodium, low-sugar items such as oatmeal and other whole grains, and canola or olive oil.

They are asking people not to donate frozen foods, homemade food or home-canned items. They will not take items in glass containers.

People can just put the items in a bag by their mailbox and the letter carriers and their helper will get it to the food pantries.

Nichols said the letter carriers all have fun on Stamp Out Hunger Saturday, adding that the clerks in the office help out too.

“They provide breakfast for all the volunteers and that really helps, ” he said. “So, we eat breakfast and then head out. Everybody is in good spirits. It ends up being a lot of fun.”