Man gets life in prison for 2018 shooting 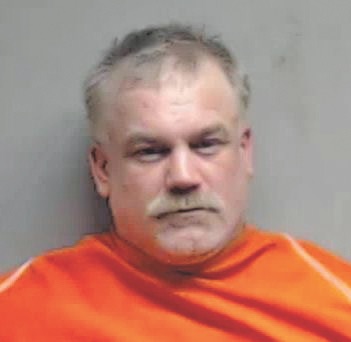 A Lawrence County resident has been sentenced to life in prison without parole after being found guilty of aggravated murder in a 2018 shooting death.

A jury has returned a guilty verdict against James W. Moore, 50, 555 Township Road 252, Ironton for killing a man in his driveway last summer.

After deliberating for 3 1/2 hours on Wednesday, the jury found Moore guilty on one count of unclassified felony aggravated murder and one count of third degree felony tampering with evidence in the shooting death of Homer F. Crank on Aug. 27, 2018.

On Thursday afternoon, Lawrence County Common Pleas Judge Christen Finley sentenced Moore to life in prison without parole with an additional three years on the tampering with evidence charge. That sentence will run at the same time as the life prison sentence.

The case came after the Lawrence County Sheriff’s Office got a call about a possible shooting at 555 Township Road 252 at 11:35 p.m. on Aug. 27, 2018. When deputies arrived, they found a man lying dead just outside the residence from apparent gunshots to the upper torso. The man, identified as Crank, had been shot five times, including twice in the chest and three times in the back.