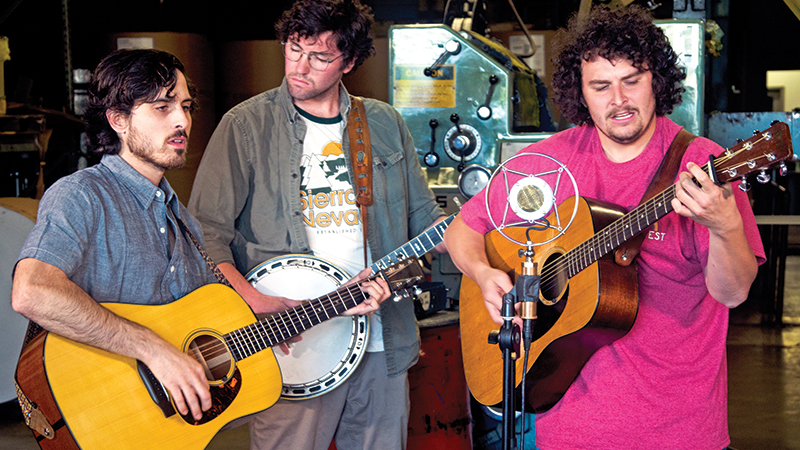 South Hill Banks, from Richmond, Virginia, performs for a taping of Press Room Recordings at The Tribune on Friday. (The Tribune|Heath Harrison)

South Hill Banks, a progressive bluegrass band from Richmond, Virginia, stopped by The Tribune office on June 14 to film a Press Room Recording before their gig at the Ironton Elks.

Sarah Simmons, the general manager of The Tribune, said the video, which will be shown soon on Armstrong Cable’s channel 100, is a way to showcase the talents of local and regional bands.

“It was a chance to one, promote these bands and all they are doing in the area and two, take viewers ‘backstage’ of our own production,” she said.

Press Room Recordings is a collaboration between the newspaper and Armstrong Cable.

The cable company sponsors and films the videos, which are recorded by the newspaper press in The Tribune’s office in Ironton.

Artists or bands that are interested in being a part of Press Room Recordings can contact Simmons at sarah.simmons@irontontribune.com for consideration. 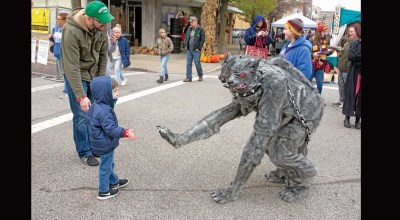 Fourth time is a charm 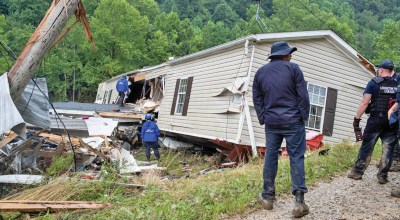