Piling up the trophies: Grand champion at market hog show has record of victories 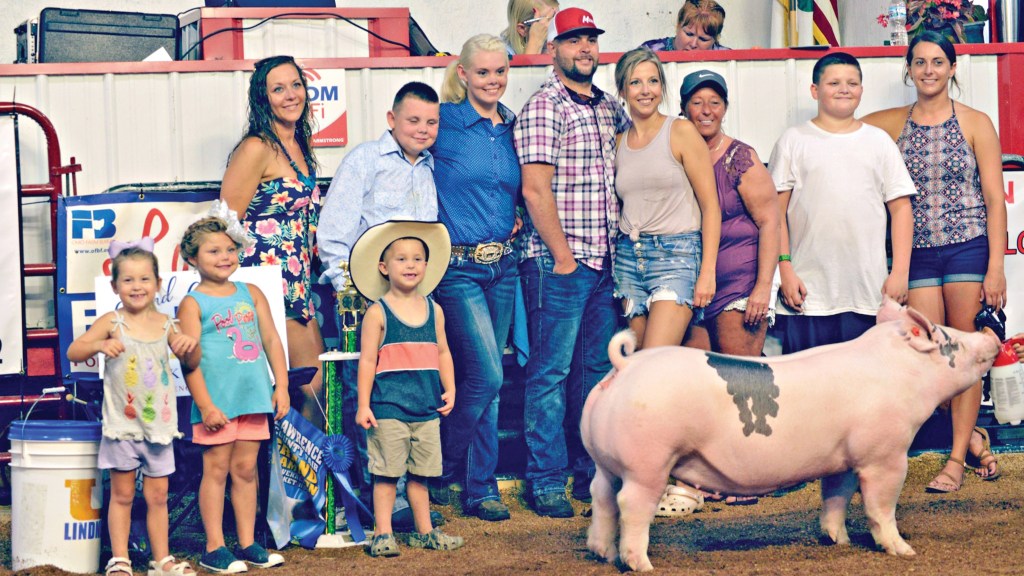 Angel Lewis, grand champion in the market hog show, gathers with her family following her win on Tuesday at the Lawrence County Fair. (For The Tribune|Kayla Niece) 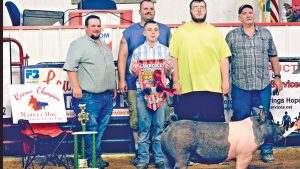 Blake Neal, reserve champion in the market hog show, gathers with his family following his win on Tuesday at the Lawrence County Fair. (For The Tribune|Kayla Niece)

Members presented their animals to the judges at the fair event, with Angel Lewis being named grand champion and Blake Neal coming in as reserve champion.

Lewis, 15, of Gingham and Denim 4-H Club and Symmes Valley High School, was last year’s reserve champion and is in her fifth year at the event. This is her second grand champion win and she has won reserve three times.

Neal is a member of Greasy Ridge Gang 4-H Club.

The event was followed by the hog showmanship competition, which took place on Thursday.