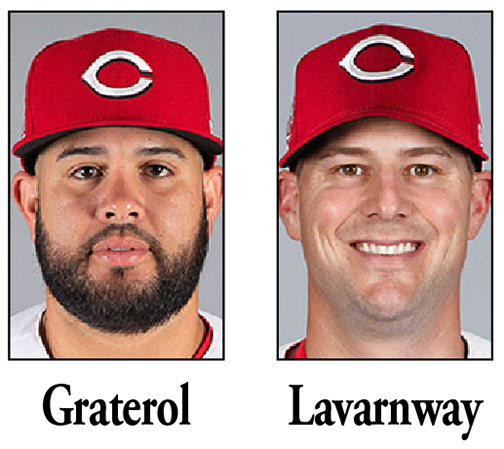 CINCINNATI (AP) — The Cincinnati Reds are down to their fourth and fifth catchers after placing two more on the injured list on Thursday.
Curt Casali went on the 10-day injured list with a right knee sprain that manager David Bell said could keep him out for as long as a month. Casali is expected to spend two weeks wearing a brace.
Kyle Farmer was placed on the seven-day concussion list after taking two foul balls off his mask in the ninth inning of Tuesday’s game against the Cubs in Chicago.
Gold Glove catcher Tucker Barnhart has been out since June 28 with a right oblique strain.
Juan Graterol was promoted from Triple-A Louisville and rushed to Chicago to start Wednesday’s day game. The Reds shored up the position on Thursday by signing Ryan Lavarnway, one day after he was released by Yankees.