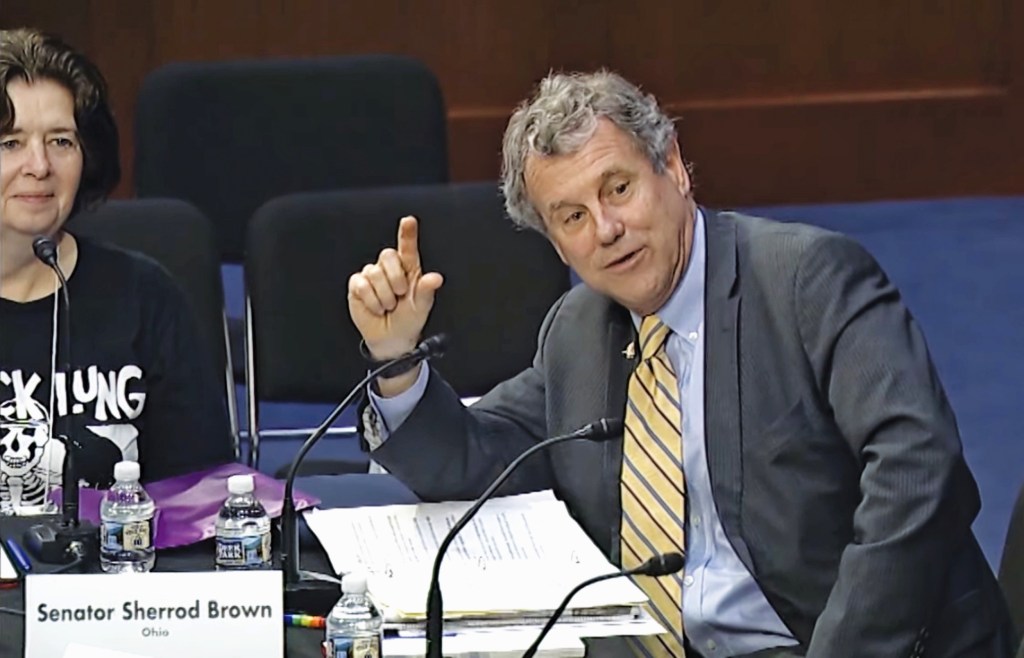 Following recent studies showing the worsening prevalence and severity of black lung among coal miners and the deteriorating financial viability of the Black Lung Disability Trust Fund, the senators hosted a discussion with Cecil Roberts, president of the United Mine Workers of America, a medical expert and affected miners and family members in front of over one hundred miners affected by black lung disease.

The participants addressed the need for fast action in funding the Black Lung Disability Trust Fund.

Brown also announced that he will cosponsor Casey’s Black Lung Benefits Improvement Act, which he is introducing this week. This legislation would make it easier for miners to access federal black lung benefits, make the benefit claiming process more fair and strengthen the benefits miners receive.

“Ohio miners put their health at risk to power our country,” Brown said in a news release. “They’ve suffered enough. They shouldn’t have to navigate an interminable claims process riddled with red tape, all to get the benefits they have earned.”