Exhibit showcases American WWI history: Will be on display at library through Sept. 5 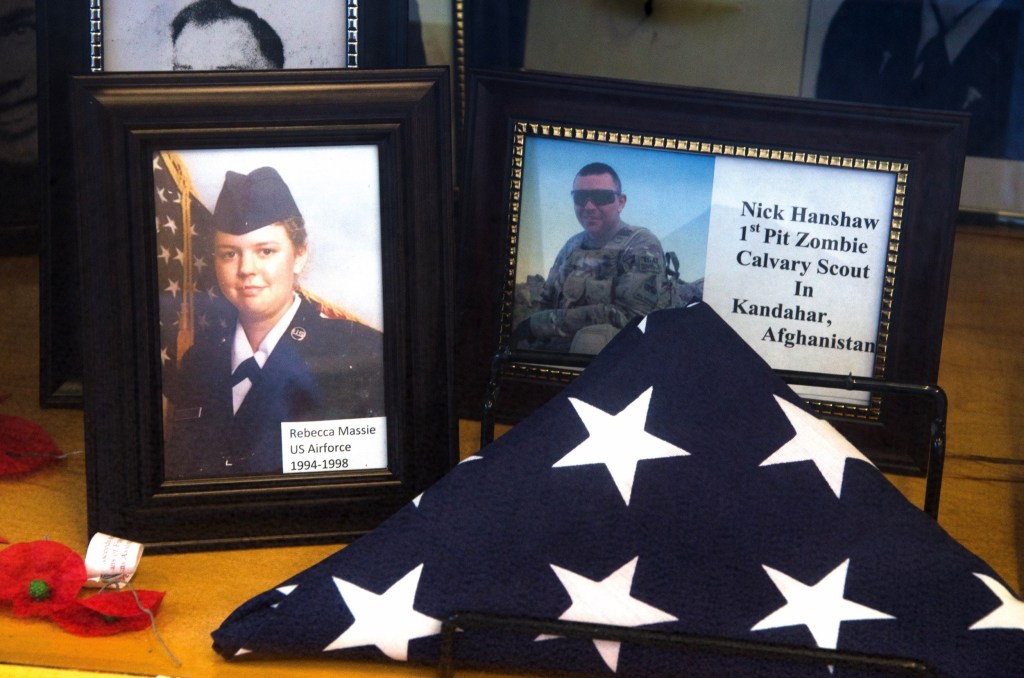 A local display of photos, accompanying the display of “World War I and America” at the Briggs Lawrence County Public Library, features photos of Lawrence County military personnel who have served in several conflicts. (The Tribune|Heath Harrison)

Everyone is invited to view the traveling exhibition, “World War I and America,” which is on display at Briggs Lawrence County Public Library in Ironton through Sept. 5.

The exhibition was originally part of a two-year national initiative to commemorate the 100th anniversary of the United States’ participation in World War 1 in 2017.

This exhibition documents and illustrates the role the United States played in World War I. Among the highlights are recruitment broadsides, a pro-war letter by Theodore Roosevelt, Woodrow Wilson’s 1917 message to Congress, letters, diary entries, and photographs from the western front, and more.

The timing of the exhibit is ideal for Ironton, as Aug. 18 marks the 125th anniversary of the birth of native Col. Bill Lambert, the flying ace who is considered the second ranked in that conflict.

The initiative was developed by the Library of America and presented in partnership with The Gilder Lehrman Institute of American History, the National World War I Museum and Memorial, and other organizations, with generous support from The National Endowment for the Humanities.

Briggs Library’s participation is through the Gilder Lehrman Institute.

“We work with them on various traveling exhibitions,” library director Joe Jenkins said.

He said, in addition to the World War I display, the library also has a local exhibit set up, featuring photos of Lawrence County residents who served in various conflicts into the present day.