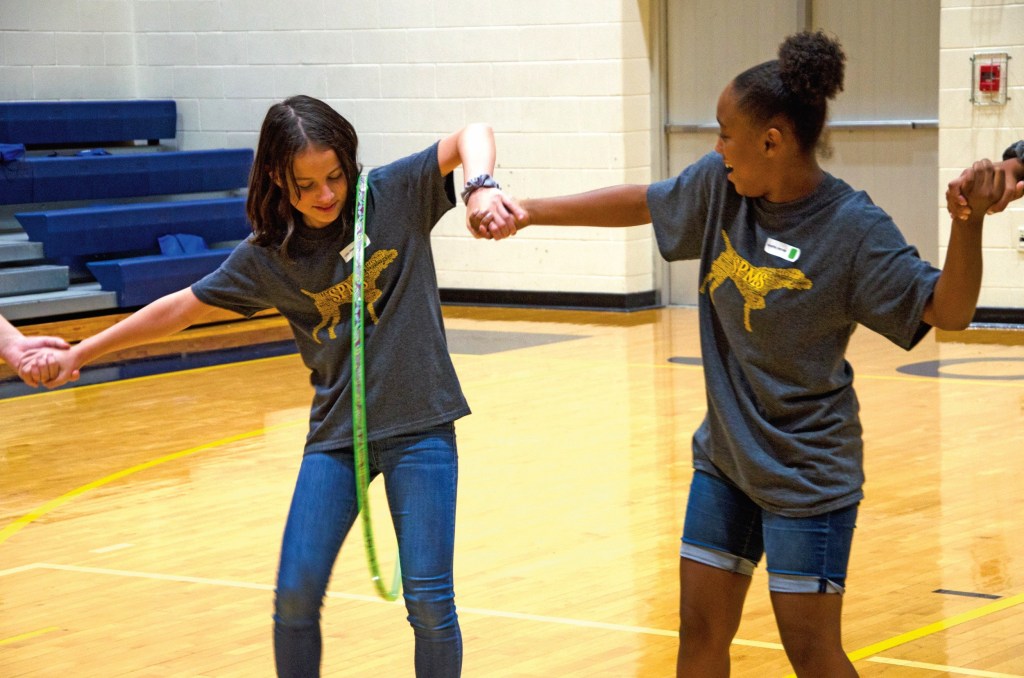 SOUTH POINT — The transition from elementary school to middle school can be daunting, with the new environment creating a bit of culture shock for incoming sixth graders.

That’s why South Point Middle School hosted its second annual back-to-school camp on Friday, giving 90 students a chance to learn about their new school before the academic year starts on Wednesday.

“The parents love it,” principal Mylissa Bentley said of the event. “And we found last year that the students were better prepared for their first day.”

lock on their lockers, got a tour of the building, reviewed rules and took part in team building exercises.

They also talked about things such as the policy on cell phones, the dress code and basic hygiene for adolescents.

They also had the school’s computer policies explained to them. South Point Middle gives each student a Chromebook to take home for assignments.

Each student was given a school T-shirt, as well as  “swag bag,” containing earbud and other items.

Bentley, along with assistant principal Sarah Chapman and guidance counselor Cindy Christian, said the event helps to ease the students into the middle school.

“It really helps to set expectations for them,” Bentley said.

Students learned how to read their class schedules, how to use the combination