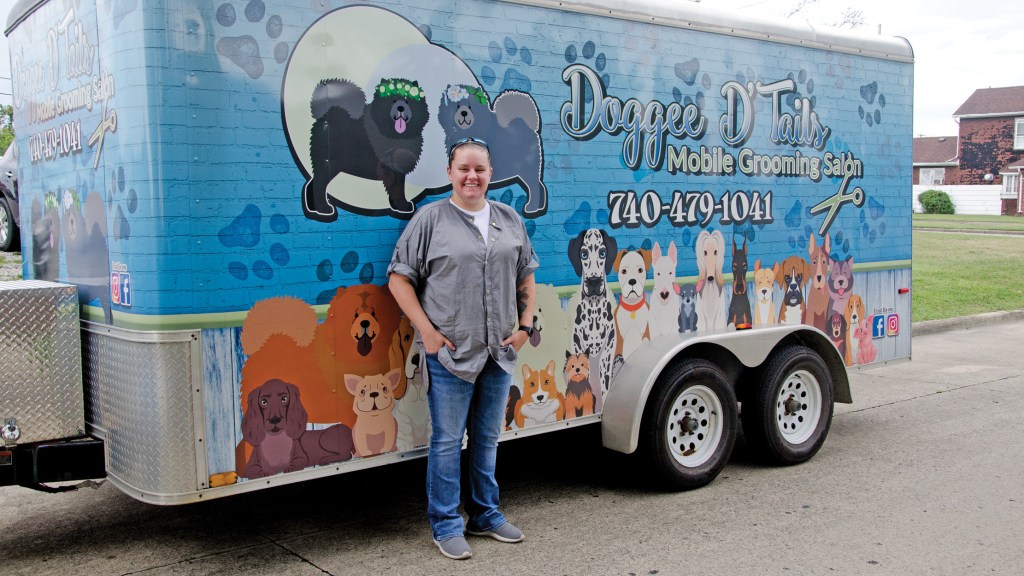 Rilee Lewis is the owner of Doggee D’Tails, a mobile grooming salon originating out of Ironton. (The Tribune|Heath Harrison)

For nearly a year, Rilee Lewis has been bringing her skills to dog owners around the region.

Lewis said she went to Nash Academy for grooming school for three to four months in Lexington, Kentucky.

“I really liked cutting hair,” she said. “And I love dogs. I grew up around dogs.”

She said her work has taken her around the Tri-State, from Wheelersburg to east Huntington to Lucasville.

And business has been strong.

“I’m booked into the third week of September,” she said.

Among the services offered are cleaning ears, nails, and a bath and blow dry for the pets.

Lewis, who used to work at FedEx, said she like the idea of being on the road for work.

“I really like being out and about,” she said. “I don’t like being stuck in one place. That’s what I liked about FedEx.”

She said a typical visit takes about three hours and, many times, neighbors will book appointments on the same street, giving her multiple customers.

She said the advantage for the customers is not needing to put their dogs on the road, which some may not like.

“I had a lady who said ‘This is perfect,’” Lewis said. She went in and kicked back on the couch while I worked. It was so convenient for her.”