Re-capturing the magic: Wizardfest to return in November 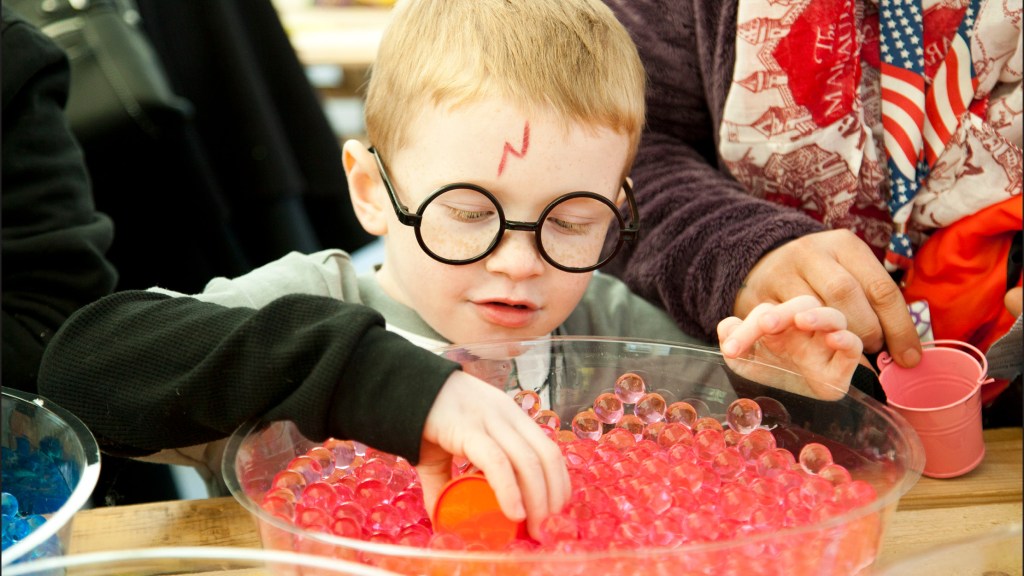 Wizardfest will return for second time this fall.

Last year, some 3,000 fans of the Harry Potter book series filled up downtown Ironton as the Ro-Na Theater and surrounding area was turned into a place to shop, battle and just take in the sights of a town full of wizards.

Now, Brad Bear, and other Wizardfest’s organizing members are getting ready to take on the huge task of making it better than before. The two-day event will be on Nov. 9 and 10.

“It’s a very daunting task to put on a show of this size with any type of quality,” he said. “We want to one up ourselves from last year, but really, we want to capture some of the magic the Harry Potter books captured so well.”

Bear said he’s ecstatic with last year’s Wizardfest that they had worked so hard on.

“I think one of the best comments we got was ‘You guys captured the magic,’” he said. “There were several folks who have been to other Harry Potter fan fests all over the U.S. and they said ours was their favorite because we captured the heart of the books and movies. That’s what we wanted.”

Bear said that this year they are hoping for better weather.

“It was the coldest day of the year, we had high winds and yet people still showed up and weathered the storm,” he said.

He said this year they will have large tents for vendors and get more things like photo ops and pop-up music acts in the streets.

The BARKer Farm will also be back with their magical beasts. Bear said he is also in talks with the Ohio University Quidditch team about showing people how to play the game on the ground instead of the air. There will also be blacksmiths, broom makers and a cauldron of cider.

“Our big cosplayers from Lexington and Cincinnati will return to do their shows and do photo ops,” Bear said. “And we will have a replica of Myrtle, the car from the second Harry Potter film.”

One thing that is eluding Bear is a mechanical mythical beast.

“We are looking for a mechanical unicorn, like a mechanical bull,” he said. “That is what we are chasing right now.”

Bear is also happy with the outpouring of support from the local community.

On Wednesday night, he posted on Facebook that the Ironton Wizardfest wanted to buy six portable ramps to make it easier for fans with mobility issues to get around.

Bear said they tried to be conscious about mobility issues last year and make it accessible but they ran into an issue after they put up fences and other things.

So, they wanted ramps to include all fans. Bear asked for input and found that ramps would help a lot.

The ramps cost about $150 each and wondered if there was a way to get donors or sponsors.

Within two and half hours, Wizardfest had six mobility sponsors willing to fund the ramps including the Community Action Organization, Christ Church, The Vault Market, NeuroServices, M&M Realty and River Cities Wireless.

Bear said he talked to Ironton Mayor Katrina Keith and she agreed that the city would store the ramps and Wizardfest would loan them out to other community groups to use when they have events.

“It’s amazing,” he said. “Funded in two and half hours and ordered in 12. We want everyone with mobility issues to be able to join in. We want to welcome everyone.”

Tickets are available at irontonwizardfest.com