On This Date: Alpha Portland Cement closed after seven decades 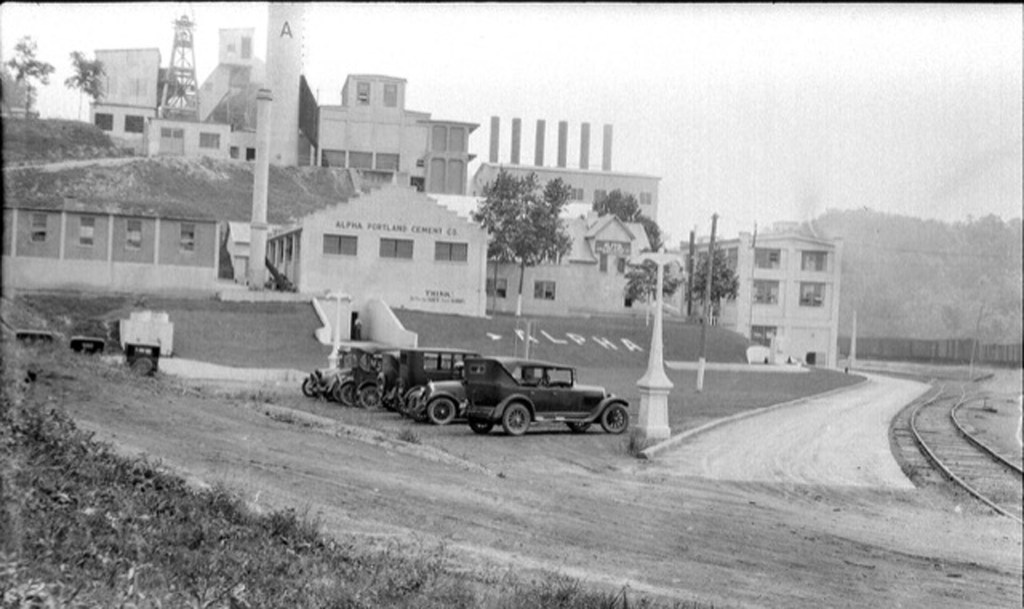 The Alpha Portland Cement Company, which closed in 1970. (Submitted photo)

At the turn of the 20th century, the iron furnaces were dwindling while a new industry that utilized the same natural resources was on the horizon.

Many industrious ironmasters noticed the nationwide rise in cement manufacturing, and one of those men was Samuel Brady Steece.

As a Civil War soldier in the 91st Ohio Volunteer Infantry, he had scarcely survived a battle that cost 31 of his fellow Company H soldiers their lives, under the command of 5th Sergeant Albert Campbell, whom he later named one of his sons after.

Following decades of fruitful business ventures, his greatest success came when he organized the Ironton Cement Company in 1901. The plant prospered as a major employer and, in 1920, it was acquired by the Alpha Portland Cement Company.

Although the terms “cement” and “concrete” often are used interchangeably, cement is actually an ingredient in concrete. Portland is a type of cement made from limestone, and Alpha was situated directly above the famous Maxville limestone vein. In addition, it was surrounded by easily accessible coal, and a rail spur provided quick transportation to the river barges.

But on the morning of Aug. 20, 1970, company officials announced the plant was permanently closing its “unprofitable facility” in Ironton, a move that affected 175 employees.

Pedro resident Lowell Depriest worked at Alpha Portland for 17 years in the finishing and shipping departments. “There’s still a ton of equipment under Alpha — bulldozers and mining equipment, just sitting there,” he said. “Alpha was an outdated plant by the time it closed. I worked at the Solvay briefly, then went to work at Marquette until I retired.”

With a modernized cement plant built at Superior in the 1950s, Alpha’s profits began to fall while the environmental restrictions were tightening.

The Ironton plant was shut down, along with several other antiquated cement factories across the country. In 2012, the remaining buildings and silos were demolished.

The property is currently owned by the Ice Creek Development Co., and co-owner Cheryl Bolender says a lot is in the works, including a state of the art, six-acre, climate-controlled storage building facility scheduled to open around Labor Day.

An office for the Bolender’s company is under construction nearby, and some of the limestone is being used for road projects with a nearly infinite supply underground. Alpha drilled two 500-ft. mines directly down into the limestone vein, but a new mine would need to be drilled at a slope about 1,500 feet long.

“There’s a huge potential for industry here, and we’re more than willing to work with developers as we have in the past,” Bolender said. Real estate beyond the plant site is still being sold with more available in the future. “We currently have a 200-acre parcel we are developing into large, wooded home sites. Roads, utilities and surveying are being developed now with sites completed soon. The new development is called ‘Stonecreek Falls.’”

As for the often-photographed safety monument, Bolender says it’s staying put. “We’re going to sand blast the monument, paint the wall behind it, and add some landscaping,” she said.

Dozens of pictures of the cement plant can be found at www.LawrenceCountyOhio.com.

Nicole Cox is a trustee at the Lawrence County Museum and Historical Society and can be reached at nsratliff@gmail.com

The time Col. Lambert was shot down over enemy…