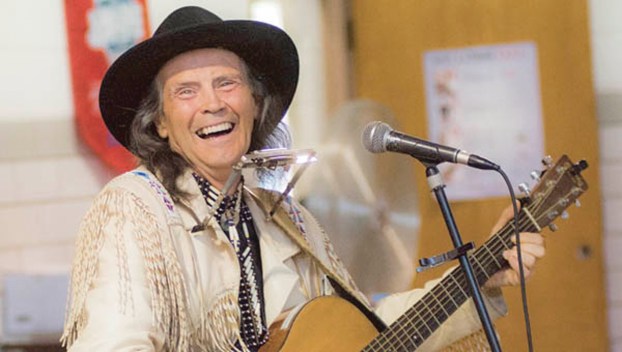 The free concert kicks off at 6:30 p.m. with Portsmouth’s Steve Free performing for an hour.

Free is a folk artist who has been nominated for a Grammy and has won nine ASCAP awards and has charted 30 times, nationally and internationally, on country, Americana and Billboard charts.

In 1996, he was named International Independent Recording Artist of the Year, in 2008 he won the Governor’s Award as the #1 Artist in his home state of Ohio and in 2009, he was honored by The Kentucky State Senate for his musical contributions to Appalachia. He is an Ohio Arts Council and Midwest Arts Council “Ohio Artist On Tour.”

At 7:30 p.m., The Chase featuring John Griffiths will make a rare appearance in the area to play its brand of 70s rock.

The Chase formed 26 years ago in Ashland, Kentucky. They have toured the U.S., playing with such acts as Billy Ray Cyrus, The Ventures, Styx and Eddie Money.

The concert will be held under the pavilion on the Second Street.

People are asked to bring a lawn chair.

Family seeks recordings: Jesse James Large, of Ironton, was an influential fiddler in the 30s and 40s

It’s hard to imagine now, but there was a time when if you wanted to hear music you had three... read more