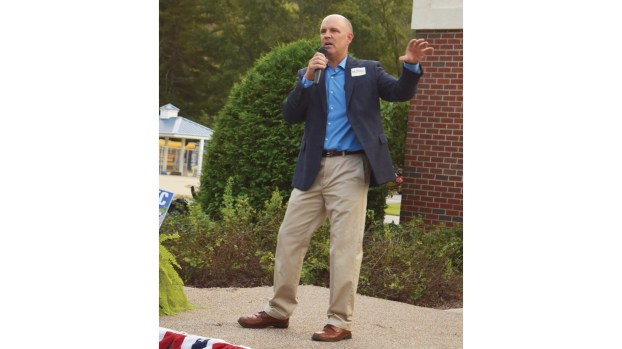 Brian Baldridge speaks at a Meet the Candidates event at Collins Career Technical Center while campaigning for the legislature in fall 2018. (The Tribune | Heath Harrison)

“It is an honor that Speaker Householder chose me to be appointed to the Environmental Education Council,” Baldridge said. “I am excited to serve in this new role, and to work with the council to make sure that Ohio is a leader in the United States when it comes to having an environment that is clean for our children and future generations.”

Baldridge, a firefighter and former Adams County Commissioner, was elected to the legislature in 2018 after defeating Democratic candidate Adrienne Buckler, 61-39 percent to fill the seat vacated by  Terry Johnson.

His district covers portions of Lawrence County, as well as Adams and Scioto counties.