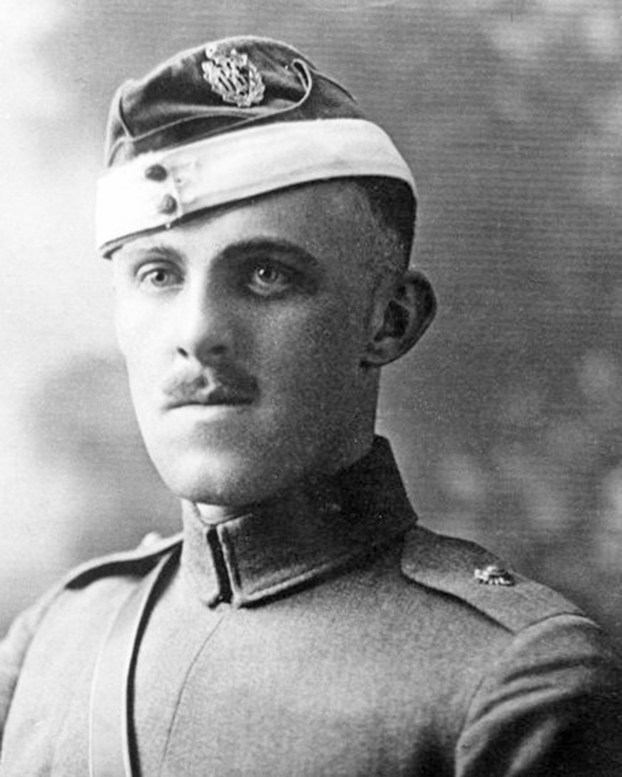 The recently announced creation of the Ironton-based Col. William C. Lambert Military Museum and Archive will serve as a repository for historical artifacts and records of a military nature relating to the life of World War I ace William C. Lambert, and all veterans of Lawrence County and our nation.

According to documents recently released by the committee working to establish the museum, a webpage and Facebook page will be operational at the end of August, and will include membership information and museum updates.

“The goal is to get recognition and financial support,” according to WCLMMA published documents. “We have 501(c)(3) status, so we are a non-profit organization.”

“We are currently looking for donations and a location for the museum, and are actively soliciting members of the community to become involved in the effort,” those documents add.

“Discussions are taking place with numerous entities to have a building in downtown Ironton donated for this purpose. We also want to ask local citizens who have Lambert memorabilia to consider donating to the museum.  They are encouraged to contact board members or Unger’s Shoe Store if they are interested in making a donation.  The public is encouraged to attend meetings if they are interested. Membership entitles participants to discounts at several local establishments in Ironton.”

Members will receive the WCLMMA newsletter, calendar of events, map of the museum, including nearby historic sites, invitations to special membership events, 10 percent discount on all items in the Museum Gift Shop and at Unger’s Shoe Store, and advance notice of the guest lecture series.

Members purchasing the Colonel Lambert Level will have their name engraved on the Museum Honor Roll bronze plaque.

From late March to mid-August 1918, Lambert served as a fighter pilot for the Royal Air Force in what would come to be known as the “Great War”: World
War I. When he was hospitalized as a result of shell shock and burst eardrums, Lambert’s 22 kills of enemy aircraft were the highest number of any American pilot in the war. By the Armistice, Lambert’s total would be surpassed only by Eddie Rickenbacker, a former race car driver from Columbus.

“Rickenbacker and Lambert were the two greatest American aces of the war,” said University of Rio Grande History Professor Samuel Wilson, Ph.D. Wilson is author of the 2016 book, Bill Lambert: World War I
Flying Ace. “However, Lambert was unwilling to take advantage of his war record to achieve the public acclaim that Rickenbacker enjoyed in his lifetime.”

According to Wilson, Lambert did not allow the spotlight of historical scrutiny to fall on his achievements for nearly half a century. “It would not be until he was 73-years old that he would allow himself to be noticed for his exploits.”

“His life story was rejuvenated in the late 1960s by interest in the Great War from a new generation of aviation enthusiasts,” Wilson explained. “For the remaining years of his life, he was interviewed by newspapers and magazines for documentaries about his war experiences.”

Lambert’s wartime experiences were related in his 1973 memoir, “Combat Report.” A second book, Barnstorming and Girls, is described by biographer Samuel Wilson, Ph.D., as, “a vivid memoir of his life and conquests as he barnstormed the Midwest and South in 1919.” Both books were written when Lambert was well into his seventies. He died in 1982, aged 87.

“He did not consider himself a hero,” Wilson said. “He was someone who wanted to learn how to fly, and the Great War gave him the opportunity…Little did he know that his brief stint in the war would help to define and shape him for the rest of his life.”

The WCLMMA’s main goal is to preserve artifacts and documents of the military history of the local residents. Specifically, but not limited to: the 91st Ohio Volunteer Infantry, raised at Camp Ironton in 1862; Col. W.C. Lambert the second highest scoring American Ace in WWI; Company I, serving with distinction in the 37th Division at the Meuse Argonne Offensive; and Company K “The Iron Men of Metz”, the Ohio National Guard Company formed at the Ironton Armory, serving in WWII and the first troops to enter Fortress Metz.

Not all records need to be kept forever

Dear Lawyer Mark: I’m cleaning house and trying to get some of this mess out of the way. How long... read more