Event to highlight region’s farming: Bringing the Farm to You set for Sept. 28 at fairgrounds 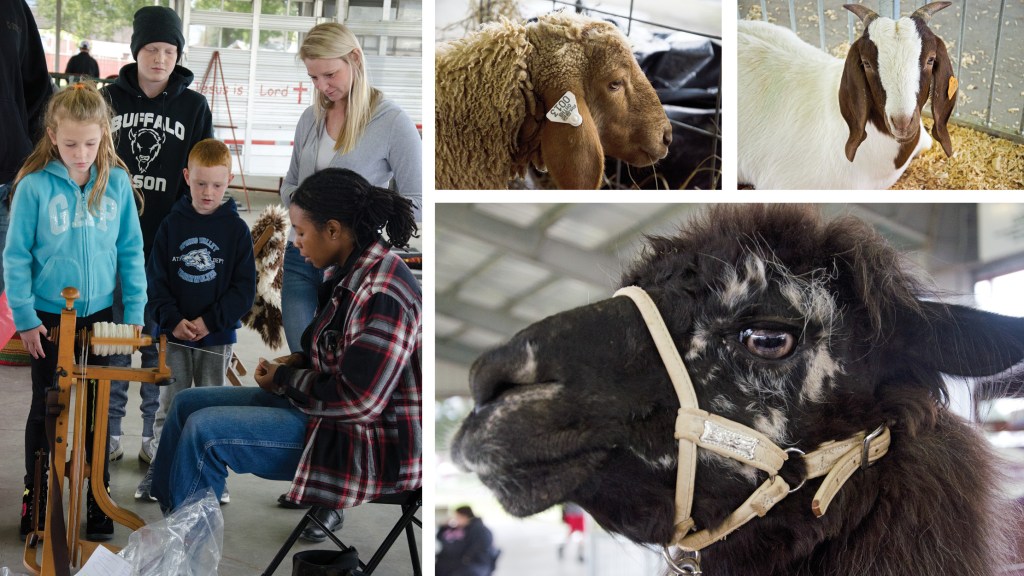 Tunis sheep were at the Lawrence County Farm Bureau’s 2018 “Bringing the Farm to You” event. Judy Ross, of Good News Llamas and Back Porch Fibers, shows artwork made from the animals’ hair. Dairy goats and Angel, of Good News Llamas, was on hand at last year’s event. (The Tribune | Heath Harrison)

ROME TOWNSHIP — The Lawrence County Farm Bureau will host its second annual Bringing the Farm to You event on Sept. 28.

The event, set for the Lawrence County Fairgrounds from 10 a.m.-3 p.m. in the main barn, is designed to showcase farming in the region, with several local farms showing off their products.

Ashley Kasler, organizational director for the farm bureau, said it is a continuation of the Drive-it-Yourself farm tour, that the bureau used to organize to area farms. Last year, they decided to host it in one location at the fairgrounds so that more people could come.

Judy Ross, one of the organizers, said this year’s event will be “bigger and better.”

“We’ll have a huge kids/children’s area this year,” she said. “There’ll be lots of educational items, like a cow milking demonstration.”

She said there would also be a cornbox, comprised of a sandbox, filled with corn, in which children can find items, as well as musical chairs game, with feedbags.

Other attractions from local farms will include wool spinning, maple syrup and canning demos, honey bees, beans and cornbread prepared on site, farm equipment and an antique tractor.

Ross, who co-owns Good New Llamas will have her animals on hand, while she said there will also be a representative from the county health department, as well 4-H, FFA, as well as the Ohio Soy Bean Council and Lawrence Soil and Water Conservation.

“They said they had new things they wanted to introduce to the community, so we said yes,” Ross said.

She added that the event was being held earlier this year to take advantage of warmer weather.

The event is free and open to the public.