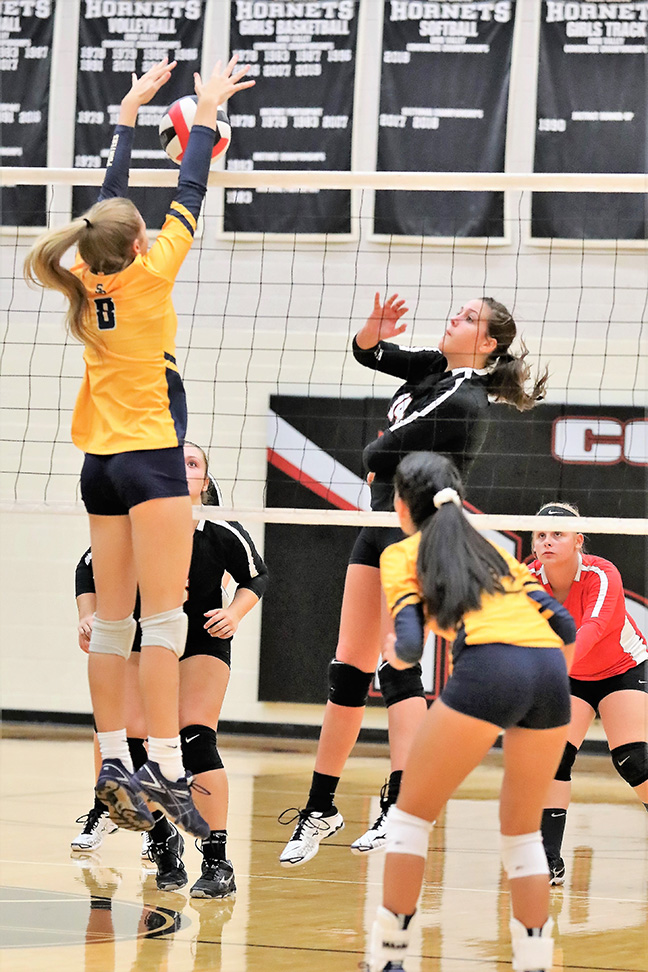 COAL GROVE — Where there’s a will, there’s a way.
Just ask the Coal Grove Lady Hornets.
Coal Grove willed its way to a five-set Ohio Valley Conference volleyball win over the South Point Lady Pointers in an exciting game on Thursday.
The game went back-and-forth as South Point won 25-22, Coal Grove 25-22, South Point 25-16 and then Coal Grove won 25-23 and 15-11 in the tiebreaker.
“It came down to who wanted to win more and the girls pulled it off,” said Lady Hornets’ coach Tricia Damron.
“I told him to put the extra work in and the win will come. They played together as a team and I am very proud of how hard they played tonight.”
Rylee Harmon led the Lady Hornets with 16 kills and 12 points. Addi Dillow also had a big game with 12 kills and 11 points while Halley Booth added 16 assists and seven points.
In the reserve game, South Point won in three sets, 21-25, 25-13 and 25-12.
Amber Schwartz had five kills and Tyler Pemberton and Kenadee Keaton got five points each to pace the Lady Hornets.