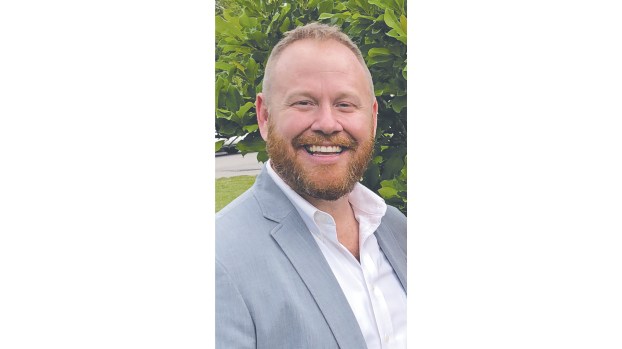 A Proctorville man has announced his candidacy for the Ohio House of Representatives, District 93, which covers 116,725 citizens in Lawrence, Gallia, Jackson and Vinton counties.

Matt Ward, who currently works as an advancement coordinator for Young Life, a Christian organization dedicated to helping young people, is on the Fairland Board of Education, served as a legislative aide to former Southern Ohio Representatives John Carey and Clyde Evans and previously served on the Lawrence County Republican Central Committee.

Ward hopes to bring his experience in government and community to the Ohio Statehouse. “As an advocate for young people in our community and decade-long member of the Fairland Board of Education, my number one commitment will be improving the 93rd District for our future generations,” Ward said.

The current 93rd District representative is Ryan Smith, of Bidwell, who is term limited and cannot run for the office again.

He said he has known Ward for a long time and is an excellent candidate “because he has experience working for John Carey and Clyde Evans as a legislative aide and he has been a school board member for 10 years. I support him 100 percent and think he will be an excellent state legislator, if he is elected.”

He said Ward has been involved in Lawrence County for the better part of two decades.

“He has a good heart and he is a hard worker,” Stephens said. “I think he will work hard, not only to represent Lawrence County, but Gallia, Jackson and Vinton counties as well. I’m excited he’s running and he is very well qualified.”

Ward will be on the primary ballot in March 2020.

PureCycle signs agreements: Will expand by building plant in Europe

The Lawrence County-based PureCycle Technologies is partnering with a packaging specialist, Aptar Group, to make packaging for food products in... read more