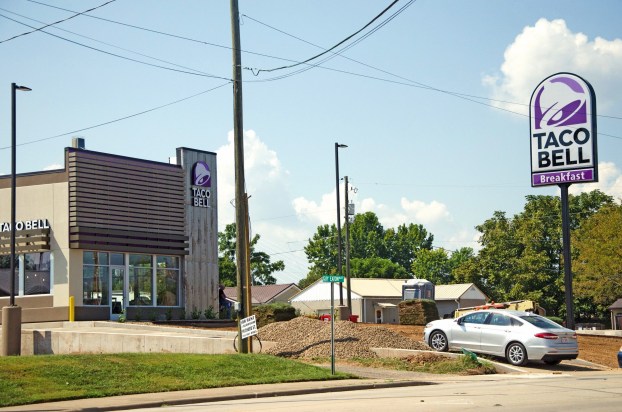 Crews continue work on the new Taco Bell in Proctorville on Thursday. The restaurant is tentatively expected to open by next weekend. (The Ironton Tribune|Heath Harrison)

PROCTORVILLE — The new Taco Bell location in Proctorville is nearly ready to open for business.

Those connected with the project told The Tribune that it was tentatively expected to open by the weekend of Sept. 21.

During the summer, officials in Proctorville had said a date of mid-September was expected.

Crews were on scene this week at the restaurant, located at 117 State Street, putting the finishing touches on the building.