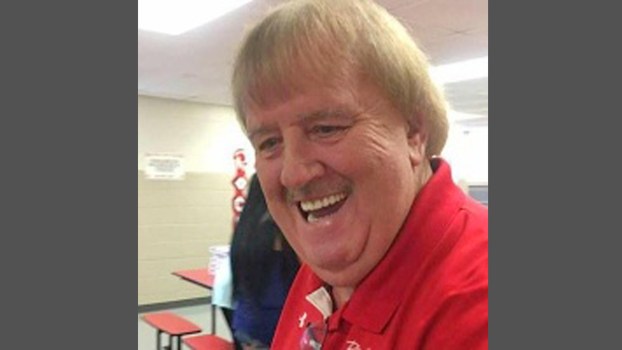 Some may be surprised that the school bus driver I rode with from middle school to high school is high on my list of important and influential people.

Keith “Beef” Roth was far more than merely someone who could handle a large vehicle and transport children to and from school. He was an authority figure, mentor and role model.

It was a shock to learn he had died suddenly on Labor Day. In my view, he embodied the ethos of hard work and service to others.

Some students in the Rock Hill School District had the extreme good fortune to be on his bus route. Keith Roth was a large, robust guy (hence the nickname “Beef”) with muscular forearms who could handle that bus like it was a precision race car. And he also knew how to handle the kids in his charge with a mixture of good-natured ribbing, careful oversight and strict rules.

Beef’s bus had a distinct culture of peace, harmony, good vibes and good behavior: no throwing trash on the floor or out the window, no feet on the seats, no chewing gum or snuff, no cursing or fighting. He could see everything in his mirror, and he was always watching.

His bus was immaculately clean at all times, both inside and out – the best-looking bus in the whole fleet. In addition, this enterprising young man rigged up a premium sound system and played all the very best music for his passengers to enjoy — Doobie Brothers, Fleetwood Mac, Hall and Oates, Journey, Queen, The Commodores, The Eagles, Lynyrd Skynyrd, The Bee Gees, Led Zeppelin and many more.

Surrounding himself and his riders with awesome tunes every day made the long trip more enjoyable. I’ve never known another school bus driver who was also part DJ, filling the bus interior with a magnificent soundtrack. The guy loved great music and he influenced the tastes of the younger generation.

One time, we were run off the road by an oncoming truck. The bus skidded down an embankment, sending the kids and our belongings flying.
When we finally came to a stop, Beef sprang out of his seat and ran down the aisle, checking on the kids.

I’ll never forget the look of shock and concern on his face. We were banged up a bit, but OK. Beef opened the rear escape hatch and helped us exit from the back. Many gave him hugs and pats on the back and thanked him. His alertness and quick action prevented the incident from being much worse.

On the very last trip home on the last day of school each year, Beef would relax the rules and let us party on the bus. We sprayed shaving cream on each other, shot water pistols and threw water balloons with lots of singing and laughing. I remember slices of pizza being passed down the aisle as well. We must have left behind quite a mess, which he happily cleaned up because he knew how much we had enjoyed ourselves.

These are recollections of a person I saw nearly every day for six years.

He kept us safe and protected both locally and on trips to away games and band competitions.

Beef helped brighten our days and always ran on time. There will never be another like him.

Vaping was promoted as a healthier alternative to smoking tobacco. And for many people it has been. In fact, many... read more