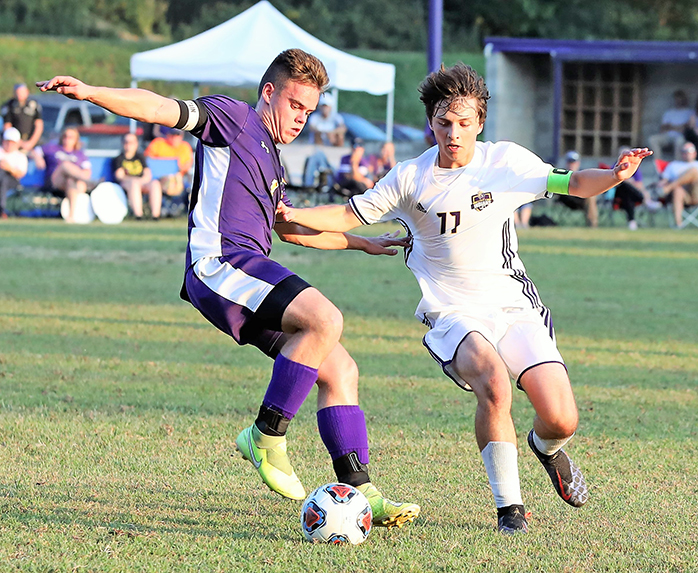 If the St. Joseph Flyers goal was to improve, they’ve accomplished that so far.
After losing 6-0 to the Lucasville Valley Indians in the third game of the season, the Flyers won the rematch 2-0 in a Southern Ohio Conference soccer game on Thursday.
“Our team has continued to improve each week. Our vowed to work hard and improve each week,” said Flyers’ coach Mike Balestra.
“Our young men played hard, smart and together. This win shows they are working hard and improving.”
The Flyers got goals from Ryan Payne and Jackson Rowe with J.C. Damron getting an assist.
Balestra praised the defensive work of Jared Johnson, Michael Mahlmeister, Max Weber, Andrew White and goal keeper Jimmy Mahlmeister.
Mahlmeister had 10 saves as he got his fourth shutout of the season.
“Our forwards and midfielders were aggressive and worked hard to control possession. It was a complete team effort,” said Balestra.
St. Joseph had 16 shots with six on goal, 11 fouls, two corner kicks and six free kicks.
Valley had 20 shots with 10 on goal, six fouls, five corner kicks and 11 free kicks.
Wesley Holbrook had four saves for Valley.
St. Joseph — now 7-2 on the season — hosts West Union on Tuesday.