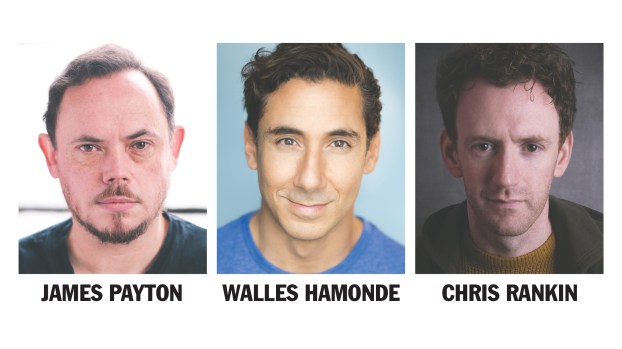 Three actors from Potterverse will be at Wizardfest

Wizardfest is bringing a bit of the magic of the Potterverse to Ironton.

On Friday, Brad Bear, one of Wizardfest’s organizing members, announced that three actors have agreed to make an appearance at the second year of the festival on Nov. 9 and 10.

“It’s a big win for us, because it lets us further create a magical experience for those who attend Ironton Wizardfest,” Bear said. “That is what we set out to do, we want to have a great fandom festival where people can geek out and, now, we leveled it up.”

He said it was phenomenal that the actors would come to Wizardfest to “help us out since we are a smaller festival, normally only bigger conventions have media guests,” Bear said. “They just liked what we had going on.”

Bear said he got a hold of their British agent through social media and “we are flying them in from London. I think it is pretty exciting to have three actors that were part of the actual experience of making the Harry Potter films come to life and they are going to be able to come and spend time with folks here in Ironton. And they are flying halfway around the world to get here.”

Bear said Peyton and Walles will do an improv performance mashing Harry Potter with other genres.

Rankin will do a question and answer session with fans as Percy Weasley.

As is common at fan festivals, the actors will be signing autographs and will be available for photos, but that is an additional charge.

“The autographs and the photo op do cost extra, but that is to help offset the cost of them traveling here,” Bear said. “We are keeping it as reasonable as humanly possible. It is not going to be really expensive.”

The Q&A and the performance will be open to the public.

Last year, some 3,000 fans of the Harry Potter books and movies filled up downtown Ironton as the Ro-Na Theater and surrounding area was turned into a place to shop, battle and just take in the sights of a town full of wizards.

“Our big cosplayers from Lexington and Cincinnati will return to do their shows and do photo ops,” Bear said. “And we will have a replica of Myrtle, the car from the second Harry Potter film.”

Bear said they have already begun decorating the Ro-Na and are getting help from art students from Ironton St. Joseph High School to create backdrops for photos including a giant chocolate frog and giant photo frames.

“We are also working on Platform 9¾. There will be a luggage cart halfway into a wall as a photo op,” Bear said.

A recent report from the Ohio Auditor of State Keith Faber said that the Southern Ohio Port Authority (SOPA) is... read more