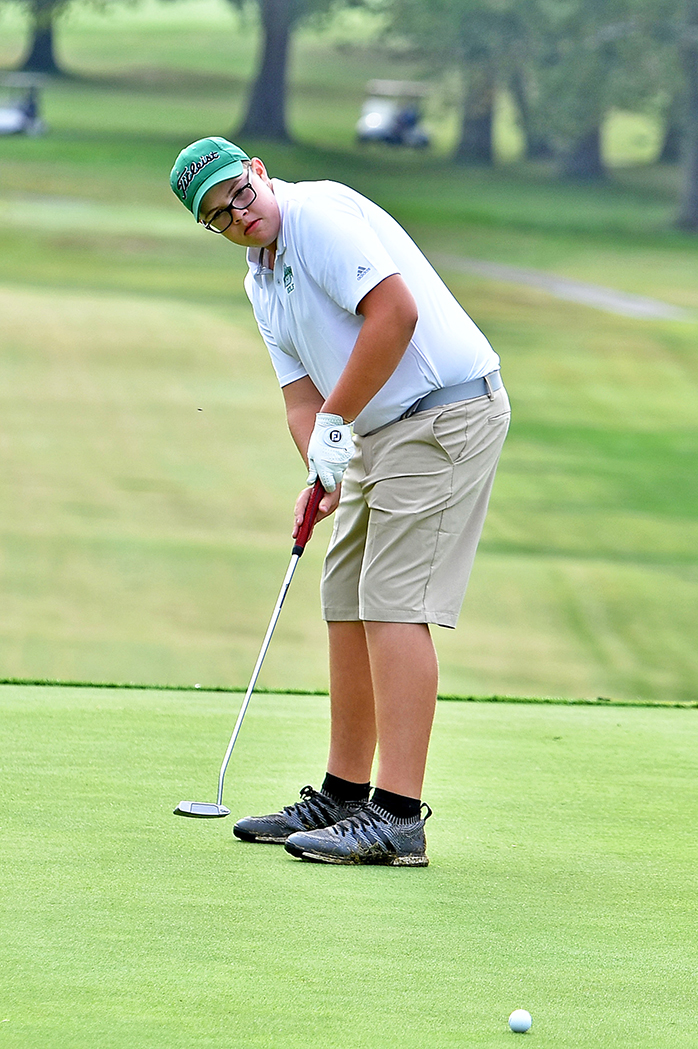 PORTSMOUTH — Two ones make a three.
That was the formula the Fairland Dragons used as their top two golfers shared medalist honors to help them win a third straight Ohio Valley Conference title on Friday at the Portsmouth Elks Country Club.
Fairland’s Clayton Thomas and Landon Roberts each shot a 78 over the 18-hole tournament and tied for medalist honors.
Besides being medalist, they were All-OVC and were joined on the all-conference team by teammates Hanna Shrout and Mason Manns.
It was back-to-back honors for Shrout who was the OVC girls’ medalist the previous Friday as she shot a 5-under 65 and led the Lady Dragons to the league title.
Shrout finished with a 79 as she just missed medalist honors in the boys’ tournament. Manns carded an 83.
Fairland had a 314 team score to finish well ahead of the runner-up Gallipolis Blue Devils who had a 353 team score.
The Chesapeake Panthers were third at 358 followed by the Coal Grove Hornets at 394, the Portsmouth Trojans 399, South Point Pointers 413 and Rock Hill Redmen 548.
Ironton did not have enough players to qualify for a team score.
Gallipolis also had four players on the All-OVC team as Laith Hamid shot an 82, Reece Thomas 84, Cooper Davis 86 and Will Hendrickson a 91.
Chesapeake’s Jacob Lemley had an 87, Jackson Stephens 88, Christian Hall 90 and Austin Jackson 93.
Lemley, Stephens and Hall were All-OVC.