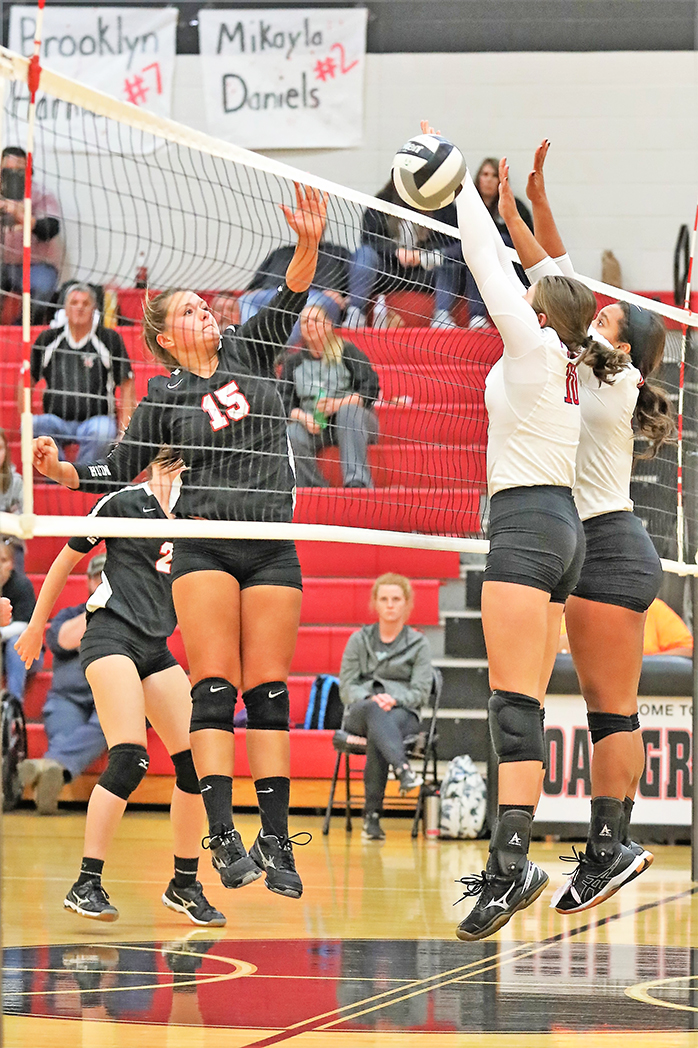 Coal Grove Lady Hornets’ Rylee Harmon (15) looks to tap the ball in for a point against Portsmouth on Tuesday. (Photo By Tim Gearhart)

COAL GROVE — This is not the vision Coal Grove Lady Hornets’ coach Tricia Damron had for this game.
Playing in the Division 3 sectional volleyball tournament, the Lady Hornets came up just short against the Portsmouth Lady Trojans on Tuesday, 12-25, 25-20, 25-21, 16-25 and 12-15 in the tiebreaker.
“This was not the way we wanted to end the season, but the girls played hard,” said Damron who fell one win shy of her 100th career victory.
“This was a special season for myself, trying to reach a milestone. I would have liked to have won tonight, but it was just not in our favor. I was very proud of my seniors tonight.”
Maddy Runyon had 15 points including three aces and Halley Booth got 11 points and 25 assists for the Lady Hornets.
Coal Grove finished the season 12-10 overall.