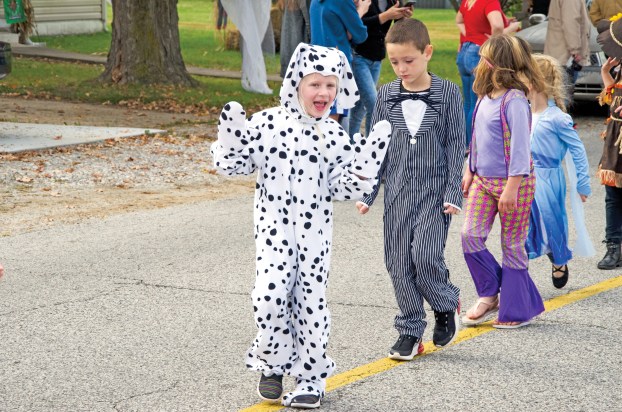 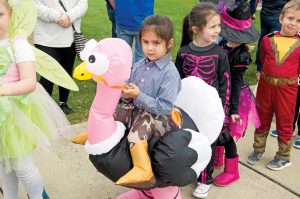 SOUTH POINT — Superheroes, monsters, soldiers, wizards, princesses and others took to the streets and sidewalks on Friday.
Both elementary schools in the South Point district hosted their annual Halloween parades.

First was South Point Elementary, where all of the students’ grades walk the route on the streets surrounding the schools, joined by guests such as the South Point High School Band of Gold and the El Hasa Shriner Hillbillies.

Roger Morgan, with the Shriners, said the group is kicking off a penny drive at the school, that will run through the next month, to raise funds for Shriners Hospitals for Children.

She was chosen for the honor because she was the top AR student for the school, assistant principal Bill Christian said.

Following her were floats with AR winners for each grade, as well as students of the month.

After South Point’s parade ended, parents could be found up the road at Burlington Elementary, gathering on the sidewalk waiting for the parade to start.

Students and teachers walked a circle around the building, led by principal Michael Clay and assistant principal Cassie Lunsford, who dressed as Ken and Barbie.

Following the parade at Burlington, students returned to their classrooms, where each class had its own Halloween party to end the week.

Both schools have put on the parades for parents for several years, with all students dressing up. Faculty work to get costumes for any children in financial need.

Scarecrows showcase students’ love of reading: Display will be up for today’s Halloween parade

SOUTH POINT — Visitors to South Point Elementary School are being greeted by a wide variety of characters when they... read more