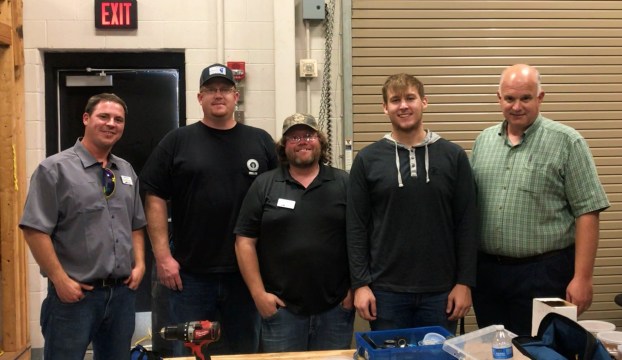 ASHLAND, Ky. — An Ashland Community and Technical College electrical student and an instructor are headed to a national competition after qualifying in a regional event earlier this month.

ACTC was once again a host site for the regional IDEAL electrical competition where nearly 60 students raced against the clock to complete a wiring challenge, coordinated by Matt Pfau, ACTC electrical technology instructor. The regional competition was sponsored with help from Joe Dillow and Matthew Louanglath with the International Brotherhood of Electrical Workers 575, Keith Damron with State Electric and Eric Davidson with IDEAL.

There will also be 14 wild card slots available for the 12 fastest individuals (professional and student/apprentice) across North America who do not win their state/territory bid. In addition, the top 3 individual competitors from 2018 will be returning for their chance to defend their title.

The national championship weekend is Nov. 7-9 at Disney’s Coronado Springs Resort and a total of 84 individual professionals and 84 individual students/apprentices will compete in up to four different rounds with top scores advancing to the next round. Seven teams from each division will compete in one final round. They will be joined by one professional and one student/apprentice each from Australia and China, who compete against the best the U.S. and Canada have to offer in the inaugural International Championship at the end of the weekend.

SOUTH POINT — A student at the Tri-State STEM+M Early College High School was recently named a semifinalist in the... read more