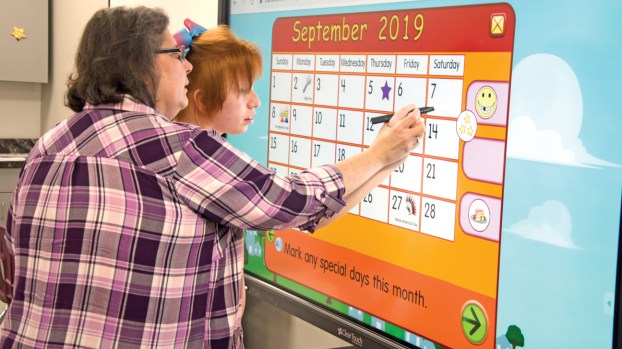 Committee to meet on cuts to services, budget

A funding levy for Lawrence County Developmental Disabilities was narrowly defeated in Tuesday’s election and the agency is now planning to discuss a contingency plan for services.

The 2.5 mill levy, which would have been an additional one, was for a term of 10 years.

The defeat of the levy was a surprise to many in the county who discussed results, including those who organized in support of it.

“This is definitely a day we did not anticipate,” Tim Nunnery, communications and resource development director for LCDD, said on Wednesday. “We’d like to thank our supporters. It’s tough to lose by that small of a margin. It was only 354 votes, but they have been great and hopefully, we can build on that support.”

LCDD officials had said the cost of services has increased and that the funding from the levy was necessary in order to maintain what they provide.

Local funding makes up the biggest portion of LCDD’s budget, accounting for about 38 percent. Lawrence County has lagged behind Ohio and has not had an increase in funding since 1991.
Nunnery said LCDD officials would be meeting with the finance committee to develop a contingency plan for future operations.

“We’ll need to make the appropriate cuts,” he said. “It will have to be agency wide.”

He said extracurricular activities for students at Open Door School will be one of the expected cuts.

“We’ll be meeting with the board and finding ways to tighten the budget,” Nunnery said. “Some areas will not be able to be funded for the time being.”

As far as funding going forward, Nunnery said “grants are always an option, but 38 percent of our funding comes from local taxes.”

The LCDD board will have a special meeting at 8 a.m. Friday at the board office at 604 Carlton Davidson Lane to discuss a contingency budget.
Nunnery said they will discuss plans as quickly as possible.

“And we’ll look at when we can be back on the ballot,” he said.

On Wednesday, the Ashland Foundation for Children with Disabilities said, due to the levy failure, they will be permanently opening applications for financial assistance to the families of Lawrence County.

“The Ashland Foundation for Children with Disabilities is saddened to hear the Lawrence County Developmental Disabilities levy was voted down Tuesday,” the group said in a news release.
They also urged teachers to contact them if they need sensory equipment for classrooms.