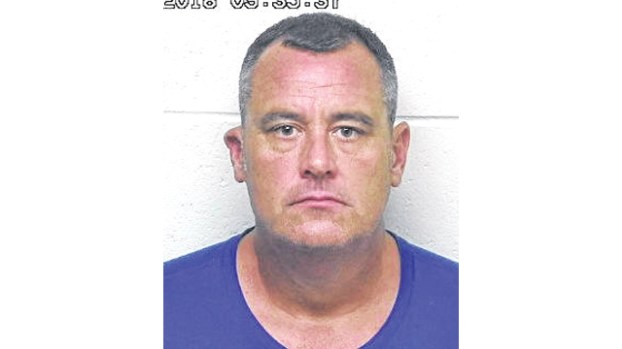 Man gets 46 months for widespread fraud

ASHLAND, Ky. — A Proctorville man has been sentenced to several months in prison and ordered to pay back nearly $5 million dollars to several people in three states he defrauded.

Anthony Lee McQuaid, 48, was in the U.S. District Court for the Eastern District of Kentucky on Tuesday morning to find out what his sentence would be.

On July 8, McQuaid waived indictment and trial and pleaded guilty to bank and wire fraud charges. The cases were consolidated into a single case in the Kentucky federal court, although the offenses happened in Kentucky, Ohio and West Virginia, which are all different jurisdictions with their own federal courts.

McQuaid was sentenced by federal judge David Bunning to 46 months in prison, three years of supervised probation and will have to pay back the victims the more than $4.9 million that he obtained from banks, businesses and individuals by using forged documents. After his release from prison, he will have to make monthly restitution payments.

As part of his plea, McQuaid asked to be sent to a prison that would admit him to the Residential Drug Abuse Program. The nearest facility with that program is a federal correctional institution in Beckley, West Virginia. McQuaid will have to report there by 2 p.m. on Jan. 6.

Under the law, victims are allowed to give an impact statement to the judge before sentencing. Those present did not want to and none of the other victims submitted written impact statements. Bunning did note McQuaid had cooperated with the court and had pleaded to the indictment rather than going on trial.

McQuaid did speak to the judge, apologizing to the victims and to his family and friends for putting them through the wringer.

My said that his actions were not his values and said his alcohol and substance abuse for what he did.

“I am ashamed of what I have done,” McQuaid said. “Drugs and alcohol are no excuse, I was on a downward spiral.”

He said last July after he pleaded to the indictment, he started treatment and his “second life started.”

As part of the case, McQuaid’s property, house, computers and other electronic devices will be searched.

After he is released from prison, he will have to continue to pay the victims, abstain from alcohol and pay to be a part of a drug treatment program. While he is on probation, he will not be allowed to take out loans without permission of the court or probation department.

The bank fraud case stems from McQuaid, from July 30, 2014 through Oct. 15, 2014 defrauding Town Square Bank, out of $1 million by giving false information about his income, his liabilities and the collateral used to secure a line of credit of $500,000.

The stated purpose was to provide his company, Tony McQuaid Contracting LLC, with working capital and was secured by collateral of a welding machine. He overstated his liquid assets by $100,000 and “substantially” understated his company’s liabilities. He then twice increased his line of credit to $1 million using a houseboat as collateral and said there wasn’t a lien on it, although it had a lien from a different bank.

The wire fraud case stems from McQuaid, on or about Sept. 18, 2017, “devised a scheme to defraud Auto Now Acceptance Company” of Portsmouth by signing a loan agreement, promissory note and a security agreement to borrow $850,200 to purchase a bulldozer.

He posted several pieces of industrial equipment as collateral, saying that he had bought the equipment from his father. He did not own the equipment. He also gave forged documents between McQuaid’s business and a non-existent business that indicated his business was about to get a substantial payment in the near future. He wire transferred the money to a bank in Huntington, West Virginia. He still owes $825,260 on the loan.

As part of the relevant conduct of the plea agreement, it noted there are 18 other businesses or individuals that loaned hundreds of thousands of dollars to McQuaid, who said gave false statements like he was going to be part of state construction projects or was buying something like a land, a truck or piping material to resell for a profit. The victims were located Ohio, West Virginia and Kentucky. In one case, he sold a houseboat to a person in Wisconsin under false pretenses.

Fairland West hosts veterans: Those who served were invited by students

ROME TOWNSHIP — Veterans from the eastern end of the county and others were honored on Monday at Fairland West... read more