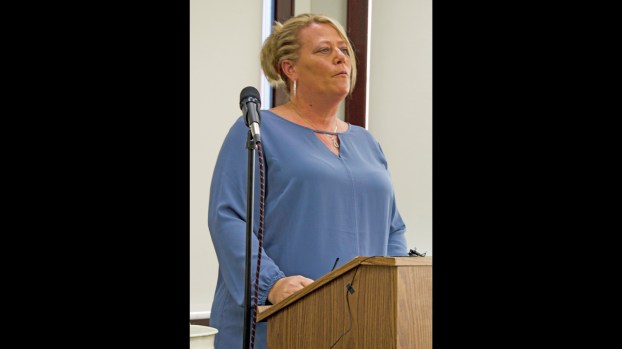 CHESAPEAKE — The village of Chesapeake will have a new mayor in 2020.

The two candidates had been tied in unofficial results after the election, with each receiving 77 votes. A third candidate, Michael Ferguson, received 39 votes in that count.

Oldaker, whose family owns Marcum Pump and Equipment, will be the first woman to serve as mayor for the village.

“I’m excited,” Oldaker, who was making her first political run, said of the news. “I didn’t know what the outcome would be. It’s been a long 10 days.”

She said she arrived at the courthouse at 8 a.m. when the canvass began and that, after a wait to start, the process took about two and half hours.

She said the uncounted ballots included four provisional ballots and one absentee.

Templeton gained one vote and she gained four.

Templeton led in the initial count of the absentee vote, while Oldaker led among those who voted on Election Day.

“I’ve had great support from family and friends,” Oldaker said. “They really supported me for this.”

She said she will outline specifics of her agenda shortly after taking office.

“I want to look everything over before I start making decisions,” she said. “I want to see what issue is the most important and what is least important for Chesapeake. And then we’ll look at the money and see what’s available to work with.”

Oldaker said she has yet to make plans on a date and time for a swearing-in ceremony.

Templeton, whose father, Robert, previously served as mayor, was seeking a second term after being elected in 2015. His tenure in office will end on Dec. 31.

Oldaker’s win is one of two changes in village government from the election. Incumbent council member Randy Penix was defeated. He was running against incumbent Kenny Wolfe and former council member Paul Hart for one of two seats.

Tospher said a recount in the mayoral race would only take place if Templeton agreed to pay for the cost.

WAVERLY (AP) — A judge has delayed what was supposed to be the first trial connected to the investigation into... read more