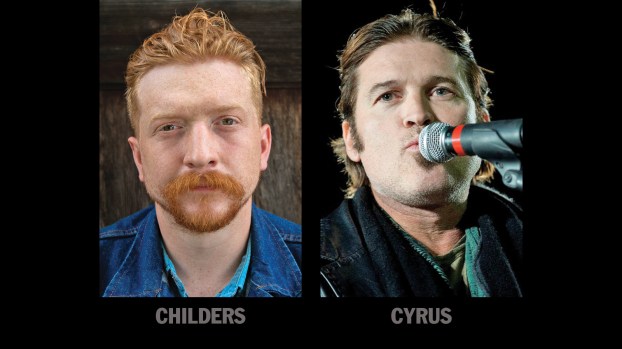 Two musicians who got their start in the Tri-State are up for music’s highest award this year.

On Wednesday, The Recording Academy announced the artist’s nominations for the 62nd annual Grammy Awards and both Tyler Childers, of Paintsville, Kentucky, and Billy Ray Cyrus, a one-time Ironton resident, were among those announced. Both got their start performing in the bars and clubs in Huntington, West Virginia.

Cyrus has been nominated for his recording with Lil Nas X of “Old Town Road” for Best Pop Duo/Group Performance and for Record of the Year. The pair is also up for Best Music Video.

This is not the first time that Cyrus has been up for a Grammy.

In 1993, he was nominated for Record of the Year and Best Performance of the Year/County for the single, “Achy Breaky Heart.” He was also nominated for Best New Artist, which X is one of the nominees for this year.

“Old Town Road,” which features a banjo sample for industrial rockers Nine Inch Nails, entered the Billboard Country music charts for a week before it was disqualified for not being country enough. It was one on the Billboard Hot 100 charts for a record-breaking 19 weeks and peaked at number one on that chart.

X and Cyrus have already won a Teen Choice Award for “Old Town Road,” as well as Song of the Year and Best Direction in a video at the MTV Music Awards.

Childers, the son of a coal miner and a teacher, is nominated in the Best Country Solo Performance for his song, “All Your’n,” which went to number 20 on the adult alternative charts and 46 on the country charts.

Childers released his first album in 2011 but broke through with his 2017 album “Purgatory” which went to number 17 on the country charts and number three on the U.S. indie chart.

In September, Childers won the Emerging Artist of the Year at the 2018 Americana Music Honors & Awards.

Childers is currently on a sold-out U.S. tour with country artist Sturgill Simpson, who also produced his last two albums. The tour will take them to several European cities in the new year.

The Grammy Awards show will be televised on CBS on Jan. 26.

While a case filed by Ironton Mayor Katrina Keith against the Lawrence County Board of Elections is still being considered... read more